Scientists have penetrated into the ice world of Antarctica 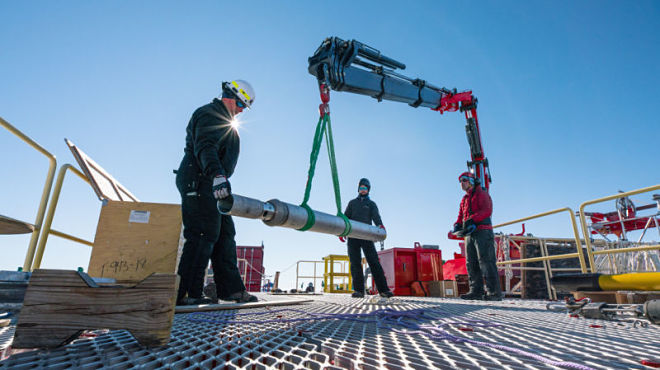 While everyone was baking cookies and preparing Olivier for the holiday, a team of 50 scientists, drillers and support staff tried to break through 1.2 km of ice to get to the ice-covered Antarctic lake for the second time in the history of mankind.

On Friday, December 28, the Subglacial Antarctic Lakes Scientific Access project team (SALSA) announced that it had reached Mercer Lake using a high-pressure drilling rig with hot water. The long-term efforts to develop the subglacial lake – one of about 400 found in Antarctica – provide a rare opportunity to study the biology and chemistry of the most isolated ecosystems on Earth.

In addition to Lake Mercer, scientists previously managed to get only to one subglacial lake – Willans, located nearby. Analysis of water samples taken in 2013 showed that in these extreme conditions a diverse microbial life boils. Scientists can’t wait to find out what surprises Mercer’s icy waters have prepared for them.

“This is the second penetration into the lake, but who knows what we will find,” said John Priscu, a biogeochemist from the University of Montana and chief researcher at SALSA.

Prisca flew to the camp, located 1000 km from McMurdo Station, on December 18, along with two other members of the research team, three drillers and two marine technicians. The rest of the group arrived the next day with 3,600 kg of cargo in tow.

According to the latest SALSA blog post, the drilling of the main well began on the evening of December 23. Another well, the water from which is pumped back into the main one after filtration and sterilization, was started the day before. The group reached a lake of 140 square meters. km on December 26, having drilled a hole to a depth of 1084 m.

Now that the access to the lake is open, the team has deployed a set of research tools, including a CTD probe for measuring conductivity, temperature and depth, and a remotely controlled device for making similar measurements farther from the well and recording video in 4K format. Scientists plan to take samples of water and microbial DNA, as well as ice from the top of the lake and bottom sediments.

The dark and cold world of Lake Mercer can hide life forms that have not seen the sun for centuries. His study will help to better understand the local hydrology and how such lakes affect the flow of massive ice streams beneath them, and also to determine whether it was once a marine environment, like Lake Willans, thereby filling an important gap in the history of Antarctica.