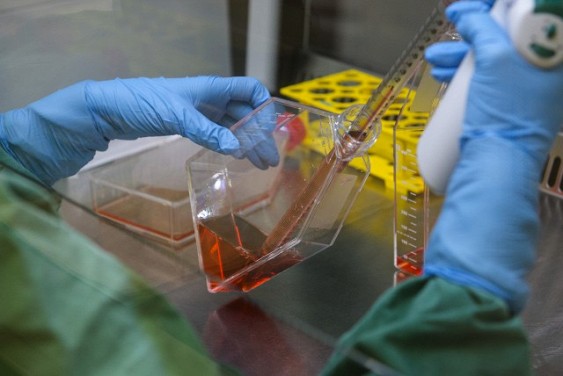 The international group of scientists has developed the theoretical model allowing to predict evolution of viral infections which can cause pandemics. Her forecasts managed to be confirmed during the experiment from norovirusa.

Researchers note that it is necessary to learn to predict evolution of pathogenic agents adequately to react to the arising threats of mass epidemics of viral infections. Usually scientists study available DNA samples and analyze phylogenetic trees (the scheme reflecting evolutionary interrelations between various organisms) then they predict, what strains of viruses will dominate finally. However this method doesn’t allow to understand what new strains can arise.

In the research scientists have simulated evolution of norovirus (MNV), considering such parameters as stability of formation of a kapsid (an external cover of a virus) and durability of linkng (affinity) with antibodies. These properties reflect fitness of a virus to an organism owner. Kapsid protects genes of the infectious agent from mechanical damages and provides his attachment to the infected cages. The Afinnost to the antibodies interfering reproduction of a pathogen defines vulnerability of a virus to immunity.

Biologists have defined, there will be how exactly an evolution of viruses depending on the number of their population. They managed to show that in big populations there is strengthening of stability of a kapsid, and in small — her easing. However affinity to antibodies has to decrease in groups of any sizes.

For confirmation of results of theoretical model, scientists have tracked a large number of MNV in culture of cages where the main driving force of evolution is natural selection. Besides, scientists used microliquid the Evolution Chip chip. In him large population of norovirus can be divided into a set of small independent groups in which the main evolutionary role is played casual (and in most cases useless) by mutations.

Authors of work believe that an opportunity to track evolution of viruses on Evolution Chip and to predict her course will allow to fight against threats of pandemics.

Norovirusami name a sort of viruses which causes sharp gastrointestinal infections. The only version concerns to him — the Norwalk virus He is very infectious and annually there are the reason about 300 death in the USA.