Scientists have presented a robot-cat for teaching children 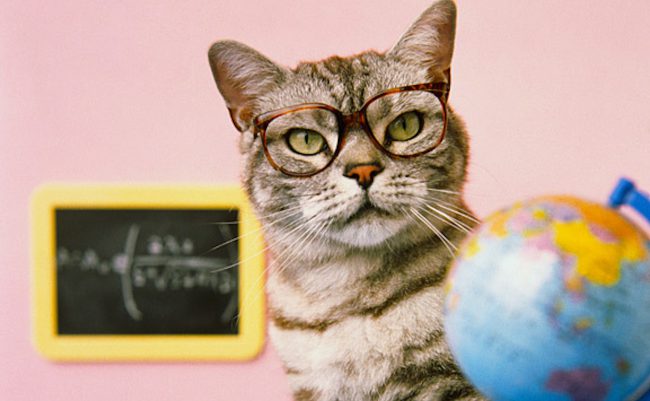 Robotic systems are created not only for military or intelligence missions, but also for more peaceful purposes. For example, for training. In order to interest the youngest audience and attract interest in programming and robotics, a robot cat was recently introduced that can teach children.

The robot was presented at the World Festival of Youth and Students (WFMS), which is now taking place in Sochi. The robot is equipped with a huge number of sensors, each of which can be programmed by a young user. The robot bears sensors of sound, movement, and also a mass of mechanical elements that ensure the movement of individual parts of the robot.

You can create commands for a robot on any of the existing programming languages, or with a special program that simplifies the interaction for those who are not familiar with programming. As one of the authors of the project Maxim Mosalsky explained in an interview with TASS,

“This robot is the first Belarusian development designed to help children study subjects such as computer science, mathematics, music and biology. It is intended for children from 8 to 14 years. On himself, he carries a lot of sensors responsible for interaction. For example, a light sensor is installed on the vertex, and the child can write a program that, if, say, the cat is stroked, his eyes begin to flash. We are developing together with the teachers in Belarus a full course, so that the robot can be introduced into educational institutions. “