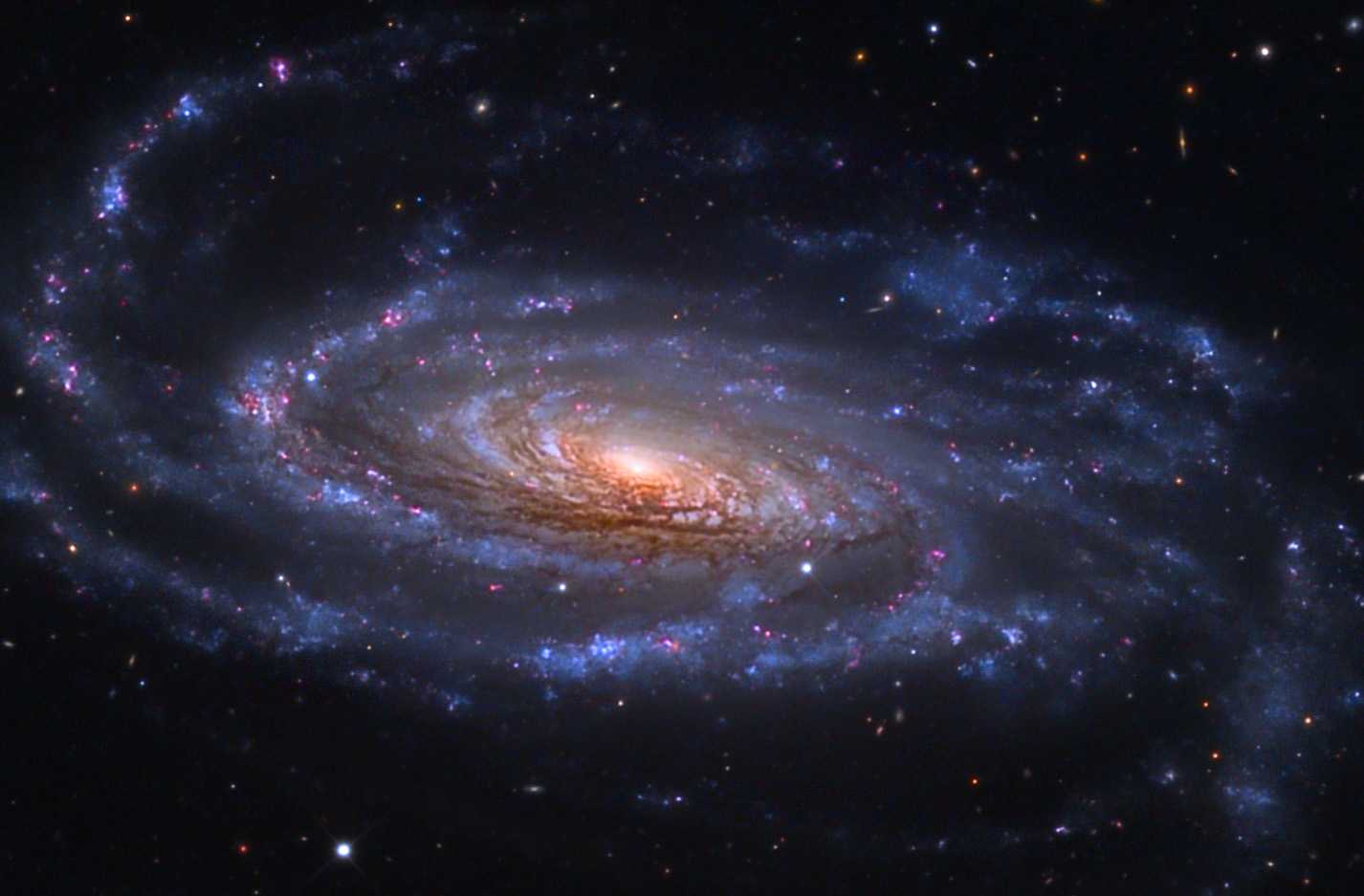 Mysterious dark energy, which should account for a significant part of the universe, in fact, does not exist at all. This conclusion was reached by the American-Hungarian group of cosmologists, who published her vision of the problem in the monthly journal of the Royal Astronomical Society.

Our universe was formed as a result of the Big Bang 13.8 billion years ago and has been expanding ever since. A key proof of the expansion is Hubble’s law: the speed of “dispersal” of galaxies is the greater, the greater the distance to them. Or, to put it mildly, the redshift of the galaxy is proportional to the distance to it. The law was formulated back in the 1920s on the basis of observations, you can not argue with it.

In the second half of the XX century, astronomers in search of explanations for the observed motion of celestial bodies proposed the concept of “dark matter” – practically not interacting with other elements of the universe and therefore imperceptible. The last 25 years of observations of supernova explosions of type Ia, whose luminosity is recognized as a reference, led scientists to the conclusion that their redshift does not correspond to what should be observed under the Hubble law. The universe was not just expanding, but expanding with acceleration. To explain this phenomenon, the term “dark energy” was introduced. According to modern ideas, the share of dark energy in the universe is about 68%, the share of dark matter is 27%, but the ordinary matter we are accustomed to has a little less than 5%.

In the new work, researchers led by graduate student Gábor Rácz (Budapest) from the Budapest University. Lorana Eötvös proposes a new explanation in connection with the available facts. They argue that the cosmological models adopted to date ignore the structure of matter, attributing to it a uniform density.

A small animation showing the expansion of the universe in the framework of three cosmological models. At the top right-to-left is the currently accepted model (red) with dark energy, the Avera collaboration model (described in the material, blue) and the Einstein-de Sitter model (green), also without dark energy. Below is an increase in the scale factor of the three models

Using computer simulation of the influence of gravity on the distribution of particles of dark matter, scientists were able to reconstruct the evolution of the universe, including the formation of large-scale structures. Unlike conventional modeling, in which the universe expands smoothly, taking into account the space structures led to the construction of a model in which different parts of outer space expand at different speeds, although on average the acceleration of expansion corresponds to observational data.

“The equations of Einstein’s general theory of relativity, describing the expansion of the universe, are so complex mathematically that over a hundred years no solutions have been proposed that take into account the influence of cosmic structures. According to observations of supernovas, we know for sure that the universe expands with acceleration, but at the same time rely on crude approximations in Einstein’s equations that can cause serious side effects, such as the appearance of dark energy to match observational results, explains co-author Dr. László Dobosz (László Dobos). – The general theory of relativity is the foundation for understanding the path of the development of the universe. We do not question it, we doubt the approximate solutions. Our conclusions are based on a mathematical hypothesis that considers the differential expansion of space in accordance with general relativity, and they show how the formation of complex structures of matter affects this expansion. These issues have not been popular before, but taking them into account, one can explain the acceleration in the expansion of the universe without attracting dark energy. “