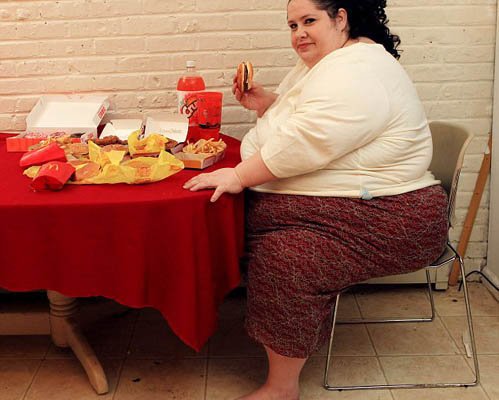 Fat people have less white and gray matter in the brain. It affects both cognitive abilities and behavior. Scientists have proved that completeness affects intelligence.

American scientists have conducted studies that allowed them to declare that the fullness of interrelated intellectual abilities. People with obesity in addition to the General changes of the body also suffer from malfunction of the brain.

The doctors came to this conclusion by comparing the indices of body fat percentage in the body with the intensity of brain activity. The differences were important – the brain overweight people operates differently, they reduced the active sites responsible for the persistence and strength of will. Perhaps this discovery will help to explain why many Americans are obese cannot control their actions and continue to eat improper food.

It should be noted that the experiment revealed unexpected qualities of a complete people. So, at the expense of reduced brain activity, they are more sociable and open, it is easier to trust strangers and less nervous. Areas of the brain suffering from the effects of obesity first and foremost, do not affect the knowledge and professional skills, and only affect the uptake and reaction speed. The man who started to gain weight, regardless of psycho begins to act carefully and with restraint.