Scientists have proved the existence of random evolution 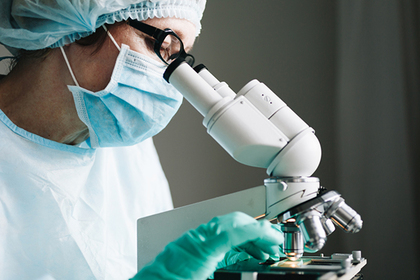 Scientists of the Monash Research Institute of Biomedicine in Australia have come to the conclusion that “Structural Capacitance Elements” have become one of the driving forces of evolution – areas in protein chains that do not add up to one specific structure. In such elements, random mutations can accumulate unhindered, and in the end a new functional structure is formed. The article is published in the journal Protein Evolution and Human Diseases.

The function of proteins determines their unique structure, formed by folding (folding) of the amino acid chain. The main elements of this structure are domains that directly affect the functioning of the protein. Mutations affecting domains are usually harmful to the body and not fixed in the course of evolution. However, it is known that many proteins involved in the regulation of cell metabolism and signaling also have large areas that do not form a definite native structure. These compounds are called functionally disordered proteins.

Scientists analyzed more than 68,000 mutations in the human genome, about half of which were associated with genetic diseases, and found out what changes in DNA influenced different types of ordering of the protein structure. It turned out that mutations in long disordered regions can form microstructures that either improve the functioning of the protein or promote pathogenic interactions with other molecules.

Although long unordered regions can form “harmful” structures, this protein “flexibility” allows the molecule to evolve rapidly. For example, in a population of disordered proteins, a microstructure appears spontaneously, which becomes the foundation for subsequent stepwise changes. As a result, the protein can acquire new functions.