Scientists have proved the extraterrestrial origin of the amulet Tutankhamen 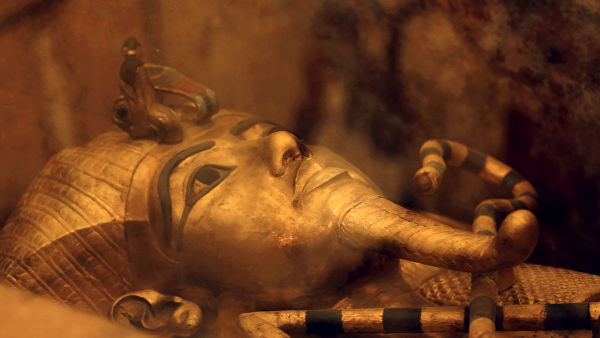 Scientists at Curtin University have uncovered the origins of the ancient Egyptian yellow glass, from which the chest amulet of Tutankhamen was made, reports Phys.org.

Experts studied the smallest particles of zircon, formed 29 million years ago in the territory of Western Egypt. It turned out that the material retained traces of the raid – a mineral that is formed only under the influence of high pressure as a result of a meteorite falling.

As scientists emphasize, the discussion about the origin of glass has been conducted for over a hundred years. Previously, researchers assumed that glass could have formed as a result of a powerful atmospheric explosion over the earth’s surface.

Pharaoh Tutankhamen (1341-1323 BC) reigned during the era of the New Kingdom. He draws the special attention of scientists because of his mysterious death, a rich tomb, untouched by robbers, and the stories about the “curse” of Pharaoh.