Scientists have proved the “rule of five seconds” 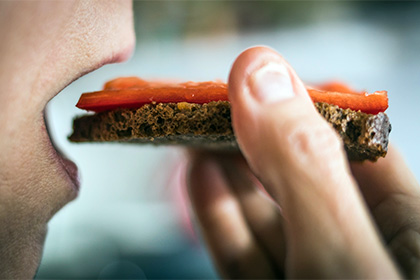 Professor of the University of Aston in Birmingham (Great Britain) Anthony Hilton (Anthony Hilton) proved the veracity of the so-called rule of five seconds.

According to this “rule”, products falling to the ground or floor can be safely eat if they were raised for five seconds. This is supposedly due to the fact that any microbes that will be able to switch to fallen food during this time will be in so small a quantity that they are easily destroyed by stomach acid.

“Obviously, you can not eat food on which you see a layer of dirt. But from a scientific point of view, if there are no visible signs of contamination, then the chance of getting harmful food for food in a few seconds is very small, “Hilton explained.

However, he nevertheless stipulates that the risk with eating food from the ground is: “This does not mean that microbes can not move from the floor to fallen food”.

Hilton also conducted a survey among two thousand people, 79 percent of whom noted that they do not stop eating fallen food and at least once did it.