Scientists have proven that chimpanzees have a personality 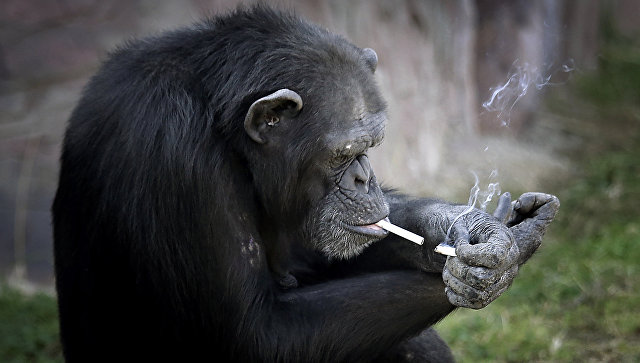 Scientists re-conducted the experiments of Jane Goodall, one of the world’s most famous primatologists, and concluded that her statements about the “identity” of chimpanzees were not fiction and that monkeys do indeed have unique behaviors.

“In the early days of her work in the future Gombe National Park, Jane was amazed at how much the behavior of the different chimpanzees differed, and how these differences in character were similar to what distinguishes people from each other.” When she told one of her colleagues he advised her to “forget” about these observations and not to tell anyone about it.Fortunately, she did not do so, “says Alexander Weiss, a primatologist from Edinburgh University (Great Britain).

Jane Goodall, one of the most famous primatologists of the world today, in 1973 made a sensational statement – she said that wild chimpanzees living in Tanzania have a unique character and personality that is not inferior in complexity to similar characteristics of a person.

These statements were very hostile to the scientific community. At that time virtually all scientists believed that all animals behave absolutely the same way and that their behavior is controlled by instincts, rather than by some complex mental processes in their heads, and that chimpanzees and other primates can not in principle have what is a “unique” feature of a person.

Some skeptics agreed to visit the Gombe National Park, where the primates lived, and try to compile their psychological profile by interviewing the reserve staff. As it turned out, differences in the behavior of chimpanzees, especially females and males, did exist, but their discovery did not convince most skeptics – they claimed that Goodall’s methods of observation were fundamentally wrong, and that she attributed the features to the monkeys she wanted in them to see.

Weiss and his colleagues, who studied primate psychology for several decades, decided to test the findings of the famous primatologist by checking her records and actually following her footsteps in the forests of Tanzania, watching the life of a tribe of several dozens of wild chimpanzees for almost seven years.

Having finished the next cycle of observations, the scientists decided to repeat Goodall’s experiments – they asked several dozen Tanzanians who helped them observe monkeys, assess their character and personality, using a slightly different set of criteria compared to that used by the “skeptics” in 1973.

If the representations of Goodall and her adherents were erroneous, then, as Weiss expected, the general character traits, the behavioral characteristics of individuals of different sexes and the degree of differences in the characters of different individuals, recorded now in 1973, will differ significantly. If they are similar, then Goodall’s statements will prove to be true.

As it turned out, the psychological profiles of chimpanzees were almost identical both in the current study and in the Goodall experiment – for example, monkeys who showed confidence in humans and their relatives were also more accommodating, and modest animals rarely showed aggression and extraversion.

Not all such characteristics have brought together man and chimpanzee – in particular, humble monkeys usually rarely were open, and “company” monkeys were, on the contrary, ready to establish new contacts. Both these traits of the character of people, as a rule, are rarely connected in a similar way, the cause of what remains to be studied.

Further analysis of these data, as Weiss and his colleagues hope, will help scientists understand what else distinguishes the character of chimpanzees and humans, and reveal some secrets of the evolution of our species.