Scientists have proven the danger of possessing high intelligence 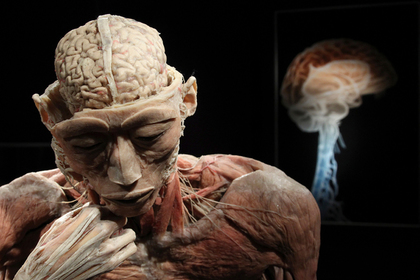 An international team of neuroscientists from the USA and Israel found out that a person, as a species, owes his high intelligence to a decrease in the reliability of neural networks, which can make him vulnerable to mental disorders. In humans, unlike monkeys, the central nervous system sacrifices the synchronization of neural impulses in favor of greater efficiency of information processing. Article scientists published in the journal Cell.

The researchers analyzed data on the activity of 747 individual neurons in the amygdala and Brodman 24 and 32 fields in the anterior cingulate cortex of seven patients suffering from drug-resistant epilepsy and five Macaca fascicularis species. In addition, the activity of 1 502 pairs and 2 617 triplets of neurons in both species was evaluated.

It is known that the amygdala plays a role in the formation of basic survival skills and emotional reflexes (for example, feelings of fear) in both humans and animals. The anterior cingulate cortex is involved in more complex processes, including learning, decision making, controlling emotions and empathy.

The data were recorded in the form of a long sequence of spikes (pulses) and attenuation of neurons, spanning several hours. The devices recorded the activity of all neurons at the same time, so the researchers were able to measure the level of synchronization between them. The information processing efficiency, inverse to the synchronization level, was determined through the number of combinations of activity patterns. It turned out that in humans and monkeys the neurons were more synchronized in the amygdala. However, the cingulate cortex was characterized by a lower level of synchronization and greater efficiency than in macaques.

According to scientists, the synchronization of neurons determines the reliability of the signal, which is less prone to errors. It was necessary for the survival of the ancient man in the wild, which had to unambiguously respond to a possible threat from the predator. As evolution progressed, a flexible brain zone developed — the cortex, which allows it to form a more complex reaction in response to external stimuli. At the same time, due to an increase in the efficiency of information processing, the likelihood of developing various mental disorders due to the vulnerability of neural networks to failures and incorrect interpretation of signals increases.