Scientists have proven the earliest origin of human language 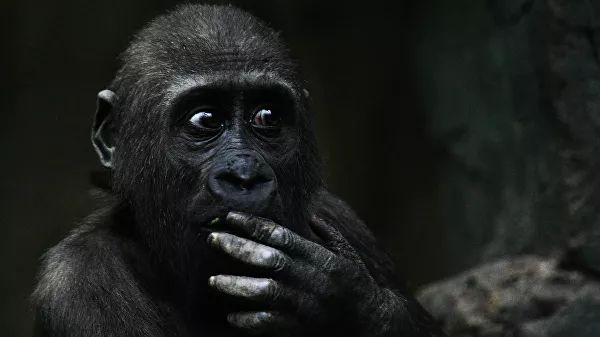 Neuroscientists have discovered sections of the linguistic pathway responsible for speech in the brain of primates, which separated from the branch of anthropoid apes 25 million years ago. The results of the study are published in the journal Nature Neuroscience.

Although speech and language are unique to humans, it is believed that the basis for auditory cognition and voice communication appeared in the brain of a common ancestor of anthropoid apes and humans, and this happened about five million years ago.

Scientists from Europe and the United States analyzed the auditory zones and pathways of the brain in humans and various monkeys, not only humanoid, but also those whose evolutionary paths diverged from hominoids 25 million years ago, and found the so-called linguistic region in the brain of representatives of all primate branches the pathway that connects the auditory cortex with areas of the frontal lobe that are important for speech and language processing.

“I admit that we were amazed to see a similar path in the auditory system of nonhuman primates,” the head of the study, professor of medicine Chris Petkov, quoted in a press release from Newcastle University. “We predicted this, but we couldn’t know for sure,” whether the human linguistic path had such a long evolutionary basis. ”

For neuroscientists, a comparative study of the physiological characteristics of related species is comparable to the search for ancient fossils that paleontologists use. Comparing the brains of the living primates and humans, biologists judge what their common ancestors were like.

Now they understand that the origins of such a unique tool as the language that a person uses for communication and cognition have been established for a very long time. But in the brain of which particular representative of ancient mammals this happened, scientists do not yet know.

“It’s like looking for a long-lost ancestor,” says Petkov. “It’s amazing that he may have an even more ancient origin, which remains to be seen.”

Scientists also managed to detect a key difference between the auditory and linguistic features of the human brain – its left side turned out to be stronger than the right, which, according to scientists, deviated from the auditory prototype during evolution, and non-auditory parts of the brain were involved in it.

The study was based on a scan of the human brain and other primates from the open resources of the global scientific community. The authors hope that their discoveries will inspire scientists to replenish these databases with new scan results, which will allow neuroscientists to continue to search for the origins of human speech and find out which other animals in the brain have fragments of the linguistic pathway.

“This discovery has great potential for understanding which aspects of human auditory knowledge and language can be studied in animal models, as this cannot be done directly in humans or monkeys,” said Timothy Griffiths, the first author of the article, consultant neurologist from the University of Newcastle.