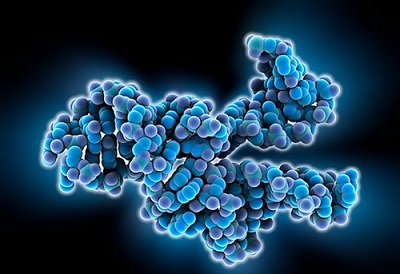 According to recent studies scientists, the first Replicator that influenced the development of life on Earth was RNA molecule

An international group of scientists made a view that genetics and replication should be the basis of searching for the causes of life on Earth. This conclusion prompted them to the study of fossil microorganisms.

According to experts, the first Replicator was most likely RNA (ribonucleic acid), which is a single chain molecule and can therefore take a variety of forms, in contrast to the DNA. Since proteins behave in a similar way, many of them can accelerate chemical reactions or to serve as their catalyst, because of what they are called enzymes, in the world of science.

So how RNA behaves similarly to protein, it gets the ability to create enzymes, becoming an original and adaptable biological agent which is capable of storing information, transmitting it to their copies, and accelerate the reaction like squirrels.

According to scientists, the first stage of the origin of life was based on RNA molecules that catalyze the activity of which was the basis for the creation of nucleotide broth. In this primitive environment, RNA molecules have created a stable protein combinations, of which he has been life on Earth.