Scientists have recognized the existence of clouds “Judgment Day” 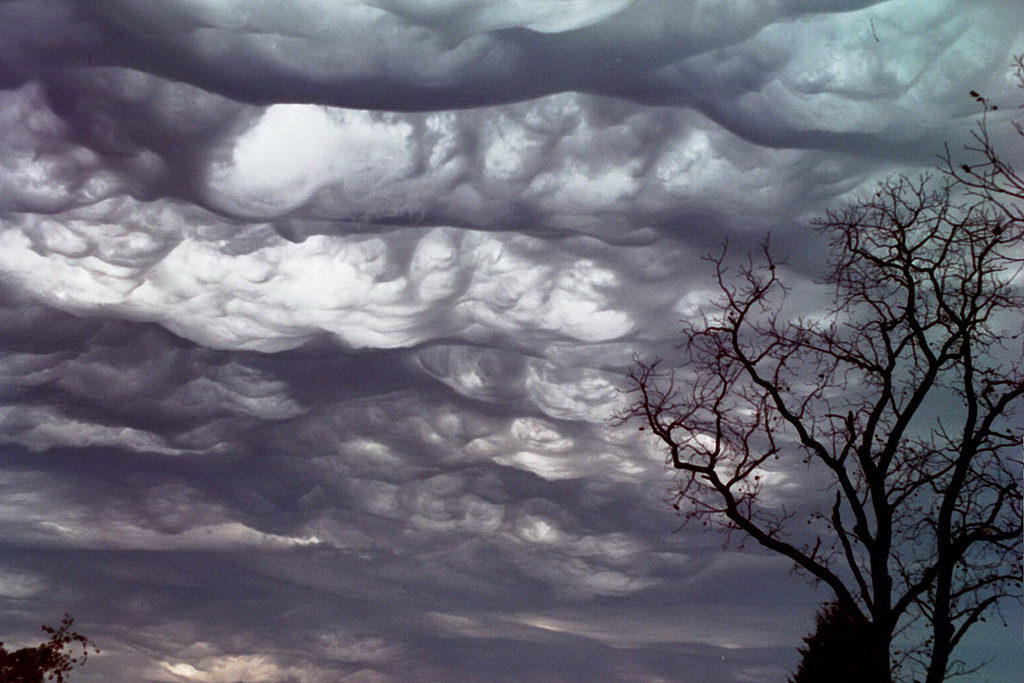 The World Meteorological Organization officially recognized the rare type of clouds, and included them in the new edition of the International Cloud Atlas.

The Verge notes that a particular kind of cloud that takes on frightening outlines, such as human faces, has been known for a long time, but has not yet been thoroughly studied and described. Far from meteorology people often scared the phenomenon, as it was associated with the Day of Judgment or the invasion of aliens.

More than nine years ago, the founder of the “Cloud Society”, the English writer Gavin Pretor-Pinnei, became interested in “apocalyptic clouds”. In 2009, he proposed to give them the name Undulatus asperatus (Latin – wavy-bumpy) and include them in the general classification of clouds.

He managed to achieve his goal only eight years later. In the new edition of the atlas, the clouds came under the name asperitas (Latin – roughness, roughness), because by convention the name should be a noun. In addition, 11 more types of clouds were added to the atlas: volutus, flumen, fluctus and others.

The international cloud atlas was first published in 1896. The last time a new type of clouds was introduced into it in 1951.