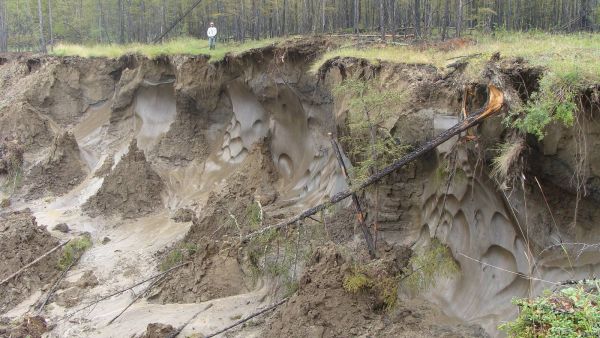 Scientists from the Ural Federal University (UrFU) recorded in 2020 the maximum depth of permafrost thawing in South Yamal. The reason for this was the snowy winter and early spring, the press service of the university said.

“Indeed, over a nine-year observation period in South Yamal, we record <...> a steady tendency towards an increase in the depth of the seasonally thawing soil layer. <...> Mild and snowy winter, early spring and warm summer of 2020 led to the fact that the thawing depth at the end the warm season turned out to be the maximum in recent years, and most likely – and for the entire time of observation of this indicator “, – the words of the director of the botanical garden of UrFU Viktor Valdayskikh are quoted in the message.

Scientists are collecting data to validate climate models that should help predict the rate and impact of global warming. The model must faithfully reproduce the experimental data obtained earlier, the scientists explain.

“We managed to check the ECHAM6-wiso general atmospheric circulation model developed at the Max Planck Institute in Hamburg (Germany). It reproduces well the measurements that are made in air, but does not reproduce the temperature profile from the data of sensors buried in the soil. seasonal variations in soil temperature, “the press service quoted Vyacheslav Zakharov, the project manager, head of the laboratory of climate and environmental physics at Ural Federal University.

Scientists of UrFU began to study the parameters of the Arctic climate in 2011, when the French paleoclimatologist Jen Jouzel joined the team. Under his leadership, the team won a mega-grant for research on the project “The Impact of Climate Change on the Water and Carbon Cycles in the Permafrost Melting Zone of Western Siberia.”