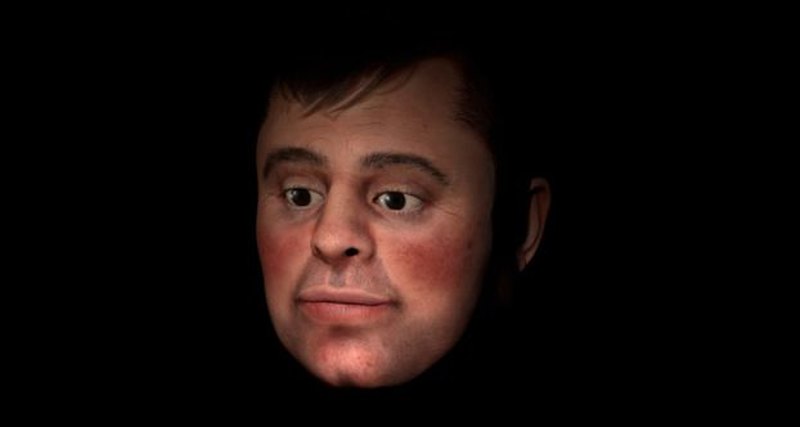 English and Scottish specialists reconstructed the image of Robert Burns, the national poet of Scotland, the Russian-speaking reader known for the translations of Marshak (“In the mountains my heart …,” “In the evening in the rye …”, etc.). On the video, the animated 3D reconstruction of the head of the great poet reads poem “Field mouse, whose nest is ruined by my plow.”

The appearance of Robert Burns was reconstructed from fragments of the skull and lifetime portraits, as well as from written testimonies of contemporaries. The creation of the animated portrait was done by programmers from John Moore University in Liverpool, Dundee University and Dimensional Imaging Limited (DI4D) in Glasgow; They were helped by the poet Rab Wilson. The task was to recreate not only the facial features, but also the facial expressions of Burns. There is no record of the poet’s voice (he died in 1796), so the video was voiced by Wilson.