Scientists have recreated the sound of “roar” tyrannosaurus 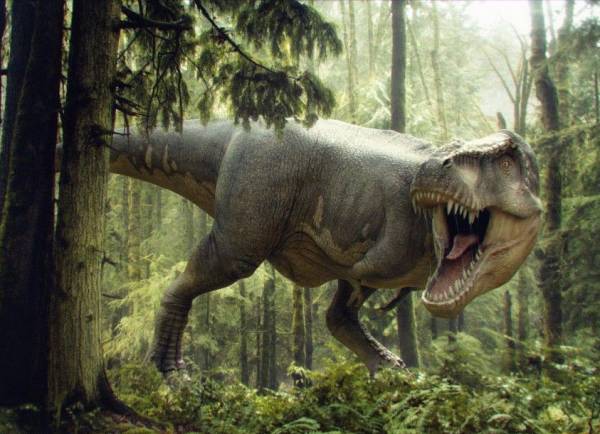 Naturalist Chris Pickem and professor of vertebrate paleontology at the University of Texas at Austin Julia Clarke reproduced the “voice” of an ancient predator to test the hypothesis that dinosaurs did not roar, such as today’s predatory mammals, but made sounds more reminiscent of birds singing.

“The most terrible sounds in modern nature are published by predators – howling wolves, the roar of the tiger – but now experts doubt that the tyrannosaurus” sounded “at least somehow like them,” says Packem.

The nearest relatives of dinosaurs are birds, as well as alligators and crocodiles. Therefore, when recreating the “voice” of a predator, scientists took as a basis sounds produced by a large bittern and Chinese alligator. Researchers also took into account how the size of tyrannosaurs could affect their “roar”.

As a result, an ominous low hum arose-no such sounds were heard on the Earth for about 66 million years.

According to Professor Clark, our disgust for such sounds is due to innate memory.

“Everyone thinks that one must surely growl and only then it will be really scary, but this (tyrannosaur grunt) is the most terrible sound you will ever hear.I do not know if we have any deep adaptive response to low-frequency sounds , but I would not be surprised, “Clark said.

As the scientists note, the tyrannosaurus did not even need to open its mouth to issue a threatening rumble. Such a low-frequency sound could spread over long distances.