Scientists have refuted one of the most popular myths about coffee 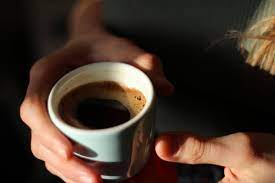 A large population study has shown that caffeine consumption does not increase the risk of arrhythmia, but, on the contrary, reduces it.

The favorite drink of most people – coffee – gives a boost of vivacity and energy, helps to concentrate and start the working day (although some studies assume that this is just self-hypnosis). At the same time, it is widely believed that caffeine, a psychostimulant contained both in coffee and tea or energy drinks, increases the risk of developing arrhythmias, that is, impaired cardiac conduction, as well as the frequency and regularity of its contractions. However, there is no 100% evidence that consumption of caffeine-rich foods does increase the likelihood of developing this condition.

Cardiologists from the University of California at San Francisco (USA) have specially conducted a study to find out if coffee can really disrupt the work of the heart. They also tested whether genetic variants responsible for caffeine metabolism affect this. The results are published in the journal JAMA Internal Medicine.

Scientists analyzed data from 2006-2018 for 386,258 adults (average age 56). More than 50% were women. The information came from the British Biobank, a major long-term study in the United Kingdom. In addition to information about how respondents themselves rated coffee cravings, the medical profession used a more objective method called “mendelian randomization” to understand causal relationships at the genetic level.

As it turned out, those with genetic variants associated with accelerated metabolism of caffeine consumed more coffee. This process, as you know, occurs in the liver with the participation of the CYP1A2 enzyme, the production of which is regulated by the gene of the same name (it also helps to break down toxins). Differences in the CYP1A2 DNA sequence affect the efficiency of caffeine elimination from the body.

On average, the observations lasted four and a half years. During this time, 16,979 participants developed episodic arrhythmias. However, coffee had nothing to do with it: scientists did not find any evidence of an increased risk of arrhythmias in people who, at the genetic level, have a different metabolism of caffeine. In addition, each additional cup of coffee a day, on the contrary, reduced the likelihood of conditions like atrial fibrillation (a type of supraventricular tachyarrhythmia with chaotic electrical activity of the atria) by three percent, premature ventricular contractions (heart beats occur earlier than they should), and others.

“Of course, only a randomized clinical trial can conclusively demonstrate the clear effects of coffee or caffeine consumption,” said Gregory Marcus, M.D. and professor of cardiology at the University of California, San Francisco. “But our study found no evidence that caffeinated beverages increase the risk of arrhythmias. The antioxidant and anti-inflammatory properties of coffee may play a role, and some of the properties of caffeine may protect against heart disease. ”