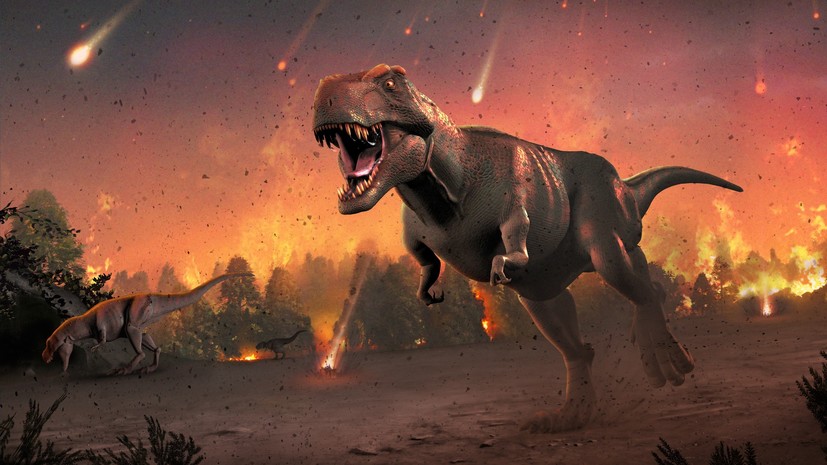 Scientists from the UK do not agree with the hypothesis popular among some paleobiologists that the emergence and spread of new species of dinosaurs slowed down even before the fall of the asteroid, which led to the mass extinction of these giants about 66 million years ago. The researchers argue that dinosaurs could have evolved further. The work analyzed the pedigree of dinosaurs and used statistical modeling.

British researchers from the University of Bath and the London Natural History Museum do not agree with the hypothesis popular among paleobiologists that even before the fall of the asteroid, which led to the mass extinction of the dinosaurs, these giants were experiencing an evolutionary crisis. This was reported in the Royal Society Open Science journal.

Scientists examined a set of currently known family trees (cladograms) of dinosaurs and used statistical modeling to assess their ability to successfully reproduce and produce new species. Before the fall of the Chicxulub meteorite, which about 66 million years ago led to the destruction of most species on the planet, dinosaurs had no problems in development and distribution, British researchers are sure.

“Previous studies by others have used various methods to conclude that dinosaurs would have died out anyway, as their population was in decline by the end of the Cretaceous. However … this finding is far from straightforward, ”said study lead author Joe Bonsor.

By expanding the dataset to include recently discovered “family trees” and various types of dinosaurs, the opposite could be the case, Bonsor said. If not for the Chicxulub planetary disaster, dinosaurs could have continued to dominate Earth. Statements about a certain crisis in the evolution of dinosaurs before this event may indicate a lack of data, the specialist is sure.

“Unavoidable large errors in the fossil record and lack of data can often indicate a decline in the population of any species, which, however, may not correspond to the real state of affairs. In contrast, some groups such as the hadrosaurs and ceratopsians flourished. There is no reason to believe that dinosaurs would have become extinct anyway, ”said Joe Bonsor.

Scientists note that only because of the fall of the asteroid and the consequences of this event, the extinction of dinosaurs occurred and therefore a huge number of ecological niches were freed. They were subsequently filled with mammals, who “took over the palm” from dinosaurs and began to dominate the planet.