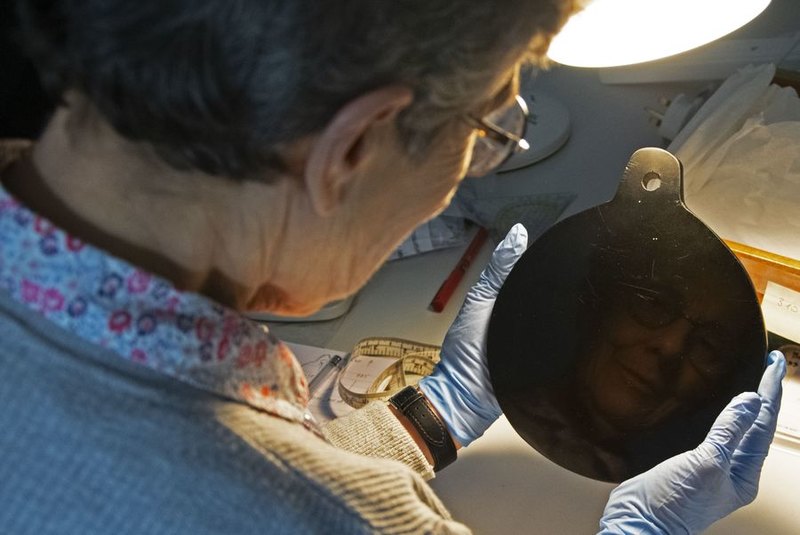 An international group of scientists investigated the ancient obsidian mirror from the British Museum. As a result, the specialists clarified that in its manufacture raw materials from a primary source in Mexico were used.

It is believed that the artifact belonged to the scientist and “magician” John Dee, famous in England since the time of Queen Elizabeth I. With the help of mirrors, the practices of the occult tried to summon spirits and angels; such activity was widespread in late medieval Europe. “This mirror is unique not only because it was owned by a person known at the court of the Tudor Queen, but also because of the unusual material from which it is made – obsidian,” comments Yaroslav Kuzmin. – It was believed that the source of the rock from which the artifact was made is Mexico, but no scientific analyzes have previously been carried out. Only 16 mirrors from polished obsidian are known in the world (three of them are in the British Museum), and all of them once belonged to the elite of the Aztec state (modern Mexico), conquered by the Spaniards at the beginning of the 16th century. ” 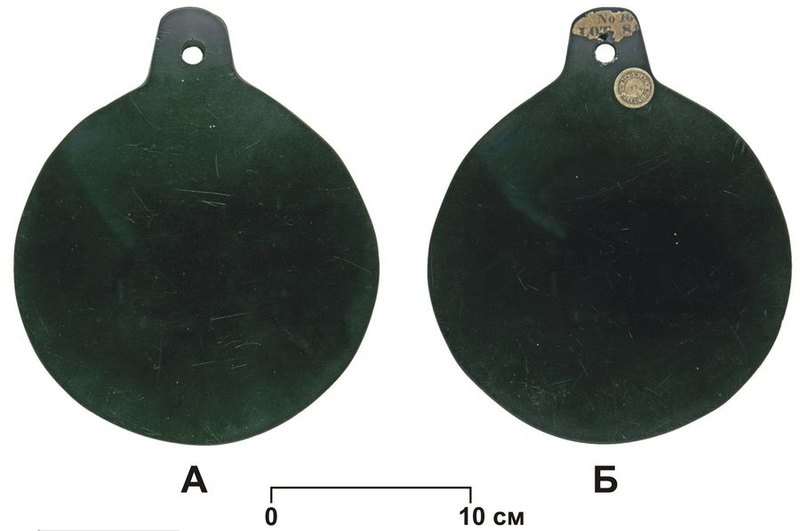 The mirror of John Dee (A – the front side, B – the reverse side)

At a conference on obsidian, which was held in 2016 on Lipari Island, one of the researchers questioned the Mexican origin of the mirror and suggested that the block of obsidian could be obtained from a source located on Lipari. “Although it is difficult to find a piece of suitable size among local raw materials (mirror diameter is 18.5 cm, thickness is 1.3 cm, weight is 882 g), I had a thought: you need to try to make a geochemical analysis of this item in order to accurately determine its place origin, – says Yaroslav Kuzmin. “The existing equipment allows us to perform non-destructive analysis of the artifact, and the geochemistry of the main sources of obsidian in Mexico and the Mediterranean is well studied. The matter remained for small – to find colleagues with the equipment and get permission to conduct the analysis. ”

Direct work was carried out in February 2019 by Stuart Campbell and Elizabeth Healy from the University of Manchester (United Kingdom) using a portable X-ray fluorescence spectrometer. Samples of Mexican obsidians provided by Michael Glascock (University of Missouri, USA) were used as standards of indigenous sources. “Together, we managed to determine that Pachuca in central Mexico is the root source of the unique artifact. The size of obsidian blocks without cracks and other defects here reaches 1 m or more, ”notes Yaroslav Kuzmin.

To get from Mexico through Spain into the hands of John Dee, the mirror had to go a difficult way, because at that time England was waging constant wars with Spain and France. Yaroslav Kuzmin explains: “Nevertheless, it is well known that John Dee has been in close contact with the intellectual leaders of continental Europe since his youth. From his surviving and published papers it appears: he was acquainted with Sir William Pickering, the British ambassador to the court of Emperor Charles V in Brussels, the capital of the Spanish Netherlands. There is an assumption, justified by the records of John Dee himself, that it was Pickering who handed him an obsidian mirror that could have gotten into the Hapsburg possessions (today’s Belgium) from Spain. In addition, it is certain that at one time John Dee lived and studied at Louvain University, located not far from Brussels. In the 1580s he lived in another territory controlled by the Habsburgs – in Bohemia, where the rules were made by Emperor Rudolf II, known for his commitment to alchemy and occultism. “There is some possibility that a mirror could be obtained from someone in Bohemia, although the“ Belgian ”version is more believable. We can not exclude the fact that the British pirates intercepted a Spanish caravan of ships with gold and jewels from Mexico, where among the rare things there was an obsidian mirror, then one way or another got to John Dee, ”says Yaroslav Kuzmin.

The results of the study were presented by a group of scientists at the Second International Conference on the Study of Obsidian, which was held in May 2019 in Hungary.