Scientists have returned youth to stem cells of nervous tissue 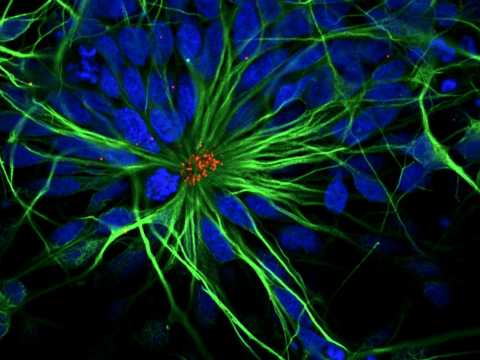 One of the main factors of aging is the loss of stem cells and regenerative abilities of the body. This is especially pronounced in the nervous system, unable to completely restore the functions of many “outgoing” neurons. In neuronal stem cells of mice, scientists have discovered accumulations of proteins that are expected to be processed in special organelles – lysosomes.

As the cell ages, its ability to utilize these proteins decreases, the lysosomes filled with them grow and multiply, reducing its functionality. Anne Brunet (Anne Brunet) and her colleagues at Stanford University managed to “clean” stem cells from old proteins and thereby restore their ability to grow and divide. They talk about this in an article published in the journal Science.

Detection of protein aggregates in young stem cells was unexpected for scientists themselves: it is believed that their accumulation is associated with senile neurodegenerative processes. However, the find once again stressed the importance of intracellular hygiene and effective protein metabolism for the health and functionality of neurons. “We were surprised because resting, passive neuronal stem cells are believed to be” untouched “cells, just waiting for activation,” says Ann Brunet.

Protein aggregates accumulate in them even faster than in actively working stem cells, since their ability to utilize these molecules is lower. Proteins are in lysosomes – scientists have shown that the relevant genes continue to work in “sleeping” stem cells, but they are not processed: the protease genes needed for this remain inactive. So, despite the slower metabolism of proteins, the resting cell accumulates much more, and its lysosomes grow.

Over time, this process only accelerates, and the stem cell loses its ability to respond normally to activation signals; the body loses another possibility of recovery. However, scientists have shown that if you force an old resting cell to activate protein processing, it “rejuvenates” and returns functionality. To do this, the authors started the work of proteases directly, or put the cell in a resource deficit in which it almost completely stopped the synthesis of new proteins and gradually “cleared” itself. Perhaps in the future will be found drugs that perform such a “cleansing” in the human brain, restoring its invaluable resource of regeneration.