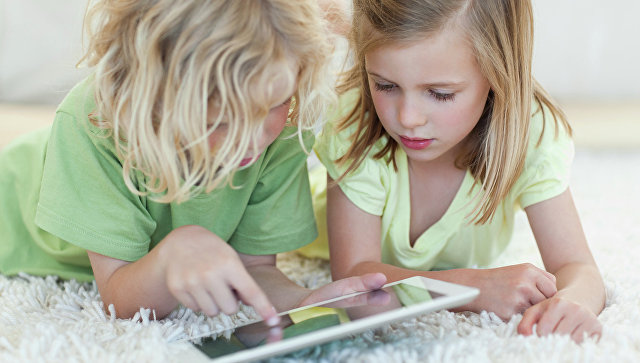 Specialists of the Moscow State Psychological and Pedagogical University (MGPPU) studied the features of interaction of children with gadgets and other computer technologies and proposed new recommendations for their use. The data of this study are published in the scientific journal “Psychological Science and Education”.

Today, computer technology and mobile gadgets are actively interfering with the lives of children from its first months. By the end of preschool age, about 80% of Russia’s children are actively using the computer. In this situation, the position of specialists is extremely important.

“Now there is a tendency to integrate computer technologies into pre-school education without adequate research, while at this age children develop key skills: speech, perception, cognitive activity, imagination, self-awareness,” one of the authors of the article commented to RIA Novosti, Junior Researcher of the Center for the Examination of Games and Toys of the Moscow State Pedagogical University Natalia Matushkina.

According to scientists, research on this topic is contradictory: they prove the destructive and positive impact of computer technology on the psyche of children. In addition to the computer, the child is affected by many factors, which in one study is almost impossible to take into account.

“Sociological and quantitative methods are not very effective here, and we believe that comparative analysis of activities with real and virtual material is more successful: he showed us that the interaction of children with gadgets fundamentally differs from traditional forms of activity and does not compensate for the latter,” said Natalia Matushkina.

In the study conducted by the specialists of the Moscow State Pedagogical University, the children carried out the task of drawing a split picture in two different ways – collecting pieces from real paper and on the screen of the tablet.

The children who worked with paper showed great independence in choosing a plan of action, and in assessing their success. On the contrary, many people performed the task on the tablet by trial and error, varying their decisions less.

According to the authors, the main difference between the two scenarios is that children interact with real material as subjects of activity – they themselves make a plan and evaluate the result, developing independence and initiative.

“The activity with paper brings children pleasure from independent samples of image assembling.And in the electronic version the main motive is the reaction of the pre-set program, its encouragement / reproach, leaving the child a passive performer,” commented Natalia Matushkina.

According to the results of the study, the authors recommend that the child be attached to the computer as delicately as possible, not to put an overvalued attitude to games and gadgets and not to offer those like daily encouragement or punishment.

They also advise to avoid games with a “tightening” plot, which usually provoke a violation of SanPiN norms for the time of using the computer (10-15 minutes a day for a child of 5-6 years).

Alternatively, the specialists of the Moscow State Pedagogical University consider computer puzzle games – their solution can contribute to a full-fledged cognitive development, without causing dependence.