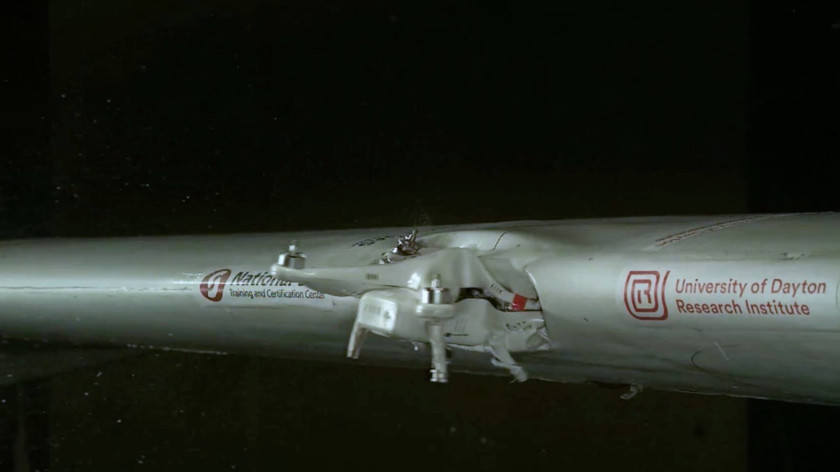 Scientists from the University of Dayton modeled the collision drone weighing 1 kilogram at a speed of 238 miles per hour.

Have you ever been frightened by drones? Now will be! American scientists have shown what happens if a small drone crashes into the plane’s wing. Scientists launched a quadrocopter with a special gun – so that the drone flew into the plane at a speed of 238 miles per hour (approximately 383 kilometers per hour).

It would seem that the kid should have just been flattened on the wing, but no: the drone simply broke through it. This was helped by the quadrocopter’s rotating screws. “Although the quadcopter itself did not survive, its energy and mass were enough to cause serious damage to the wing,” says Kevin Purmon, one of the organizers of the experiment. “If you have a blow to the spar (the main force element of the wing – ed.), You have no chance. The plane will crash. ”

For comparison, scientists launched a gel “bird” in the wing of an airplane, which is close in its properties to a real one. The effect and close was not so devastating for the wing. Scientists hope that their experience will be a good reminder for everyone, how important it is to regulate and regulate UAV flights.