Scientists have shown what the world really looks like 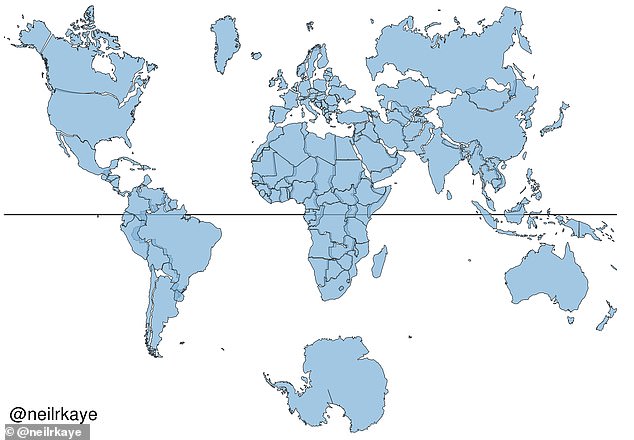 This strange distortion was investigated by climate data scientists from the National Meteorological Service of the United Kingdom (Met Office), who created a two-dimensional map showing how the world actually looks. It turned out that many countries – including Russia, Canada and Greenland – are not as large as we think. The distortion originates from the Mercator projection, a map that is most commonly found in classes and textbooks. It was established in 1596 to help sailors navigate the sea.

What is wrong with the Mercator card?

Africa is about 14 times the size of Greenland, and yet on the map they are almost the same size. Brazil is more than 5 times the size of Alaska, but Alaska is more than Brazil on the map. The map shows that Scandinavian countries are larger than India, while in fact India is 3 times more than all Scandinavian countries combined. Although Europe looks bigger on this map than North America, the opposite is true. Russia is also not as large as it is depicted – in fact, Africa is larger than Russia. 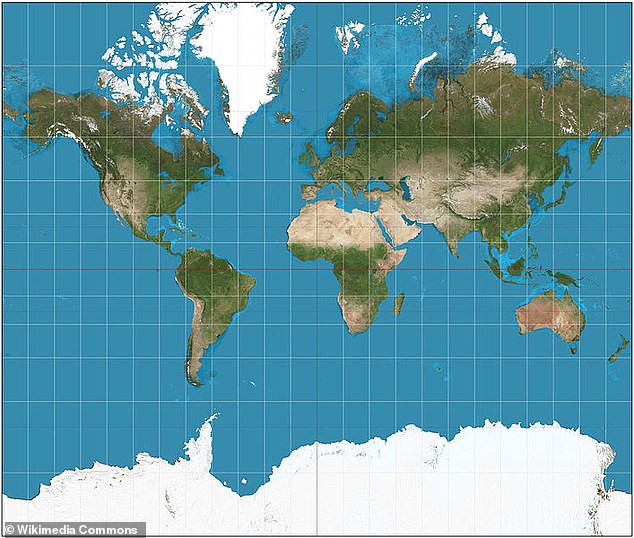 The biggest problem with creating an accurate map is that it is impossible to depict the reality of the spherical world on a flat map – a problem that has been a concern for cartographers for centuries. As a result, the forms of world maps, as a rule, were diverse – from hearts to cones. But diversity gradually disappeared with the advent of one model proposed by Gerard Mercator in 1596. The projection of the Mercator shows the correct forms of land, but at the cost of distorting their size in favor of land in the north.

Gerard Mercator (March 5, 1512 – December 2, 1594) is a Flemish cartographer known for creating a world map based on a projection that shows sailing routes in the form of straight lines. Although this is what he is best known for, Mercator was not just a geographer. He also studied theology, philosophy, history, mathematics and magnetism. Mercator was also an engraver and calligrapher, and even made globes and scientific tools. Unlike other scientists, geographers of the time, he traveled a little. Instead, his knowledge of geography was based on his library, which has more than a thousand books and maps. In the 1580s, he began publishing his atlas, which he named after a giant from Greek mythology, holding the world on his shoulders. He suffered a series of strokes in the early 1590s, which left him partially paralyzed, and almost blind. The final blow was the cause of his death in 1594 at the age of 82.

Neil Kay, a climate data scientist at the Met Office, has created an accurate map of the world, which shows that countries in the Northern Hemisphere are much smaller than people usually think. To do this, he entered the data on the size of each country in Ggplot, which is a package of visualization data for statistical programming. He then created a map using the sterographic projection. This is a display function that projects the sphere onto a plane. After that, Kay conducted a manual adjustment, adjusting the size of countries that are located closer to the poles. Thus, according to Kay, it is impossible to place all forms again on the sphere after they have already been laid on the plane.