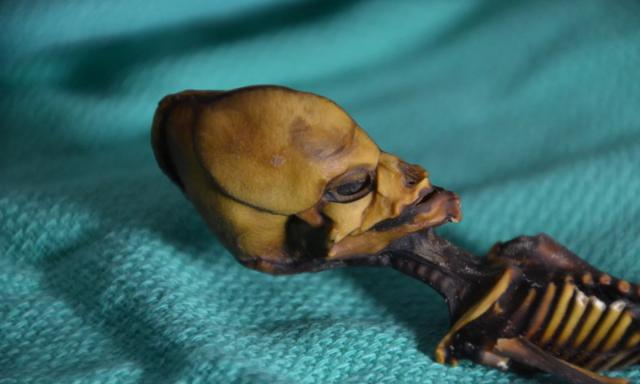 When the mummified remains of a tiny “humanoid” were found in the Chilean Atacama Desert in 2003.

The skeleton was sold to a private collector in Spain. After almost 15 years, scientists from California were able to extract DNA “humanoid” and carry out the analysis, reports The Guardian. As the study showed, Ata (a mummy received this name) is not an alien, but a girl who was born stillborn or died almost immediately after birth. She had mutations that led to such an unusual appearance.

Ata was found in 2003 in the abandoned village of La Noria, which produced nitrate. The remains were wrapped in a white cloth and wrapped in purple ribbon. Despite the fact that the skeleton was only 15 cm in length, its bones corresponded to the bones of a child aged 6-8 years. In addition, instead of 12 pairs of ribs Ata had 10 pairs. The skull was elongated and shaped like a cone. 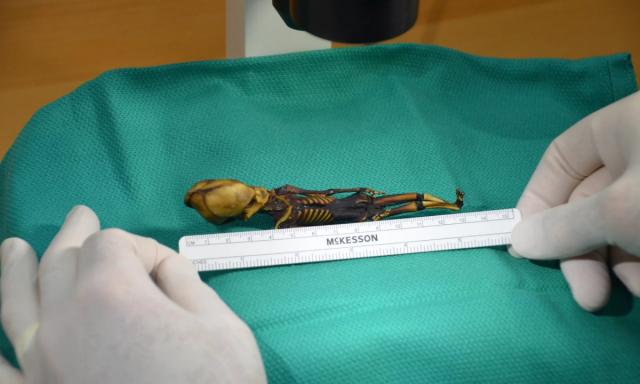 The remains attracted the attention of Harry Nolan, a professor of microbiology and immunology at Stanford University in California. In 2013, he said that the skeleton belongs to man, but the reasons that led to such serious changes in the body were unclear.

Nolan and colleagues at the University of California at San Francisco recently published a report in which they indicated that Ata had mutations of at least seven genes that cause defects in the development of the skeleton and accelerate its development. In addition, the girl had a congenital diaphragmatic hernia – a relatively common life-threatening defect in the fetus, which does not allow the diaphragm to develop properly. Further DNA analysis showed that Ata genes are close to the genes of many Chileans.

The researchers believe that the child died 40 years before his remains were found. In the place where Ata was found, there were no conditions at that time that could save her life.