Scientists have studied the mechanism of “feeding” of bacteria by electrons 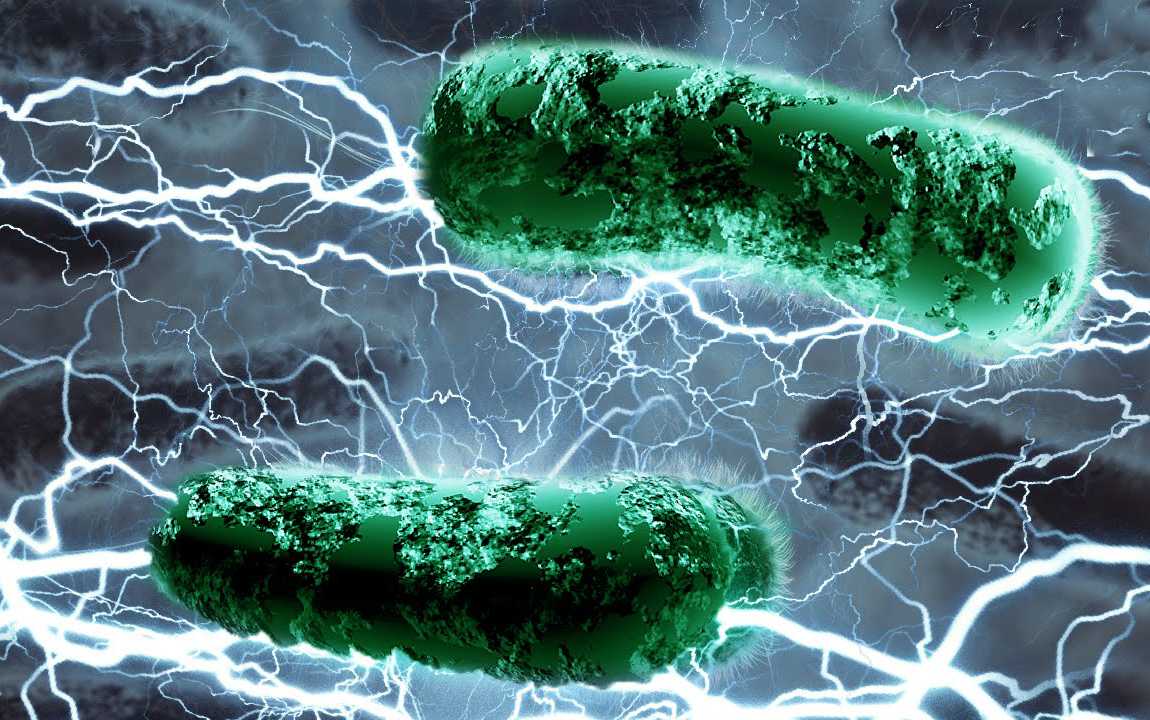 Scientists have studied the mechanism of energy production by bacteria, which “breathe” electrons – for this they use “nanowires.”

Scientist M. El-Naggar (University of Southern California, USA) and his group, investigating the metabolism of bacteria of the species Shewanella oneidensis, discovered a mechanism by which they can “eat” electricity.

The majority of living organisms can be attributed to two classes. Chemotrophs receive energy due to oxidation-reduction reactions (very rarely others) with organic or inorganic substances, and phototrophs use light for this. However, there are microorganisms that can absorb electrons directly, electrolyte autotrophs. So, they were found in the vents of deep-water hydrothermal sources – “black smokers”.

El-Naggar and his colleagues worked with the bacterium Shewanella oneidensis, discovered about 30 years ago by Kenneth Nilsson. Only after so much time did the mechanism of obtaining electric power become clear.

“Microbes are highly developed machines,” El-Naggar figuratively put it. – <...> This is a class of [beings] that is really good at converting energy and interacting with the abiotic world. ”

The investigated bacterium, like many others, has villi, also called a pili or fimbria. These surface structures are present in many bacteria – protein cylinders up to 1.5 micrometers in length and seven to ten nanometers in diameter. They differ in structure and purpose, one bacterium can have several types of villi at once, and in some bacteria their value is not revealed. However, all of them are somehow connected with the attachment of bacteria to external objects.

Researchers used the method of electronic cryotomography: the bacteria were instantaneously frozen, which allowed to preserve their natural state, and then carried out a three-dimensional tomography. Fimbriae Shewanella oneidensis were not simple tubes for attachment – they included a chain of membrane balls strung together. Vorsinki were a continuation of the cell membrane in such a specific form. Scientists called them “nanowires”: the presence of cytochromes, iron-containing proteins, allows the transfer of electrons between the bacterium and the outer surface. The figure shows such a “nanowire”, and the electron transporting proteins are marked with red and green colors. 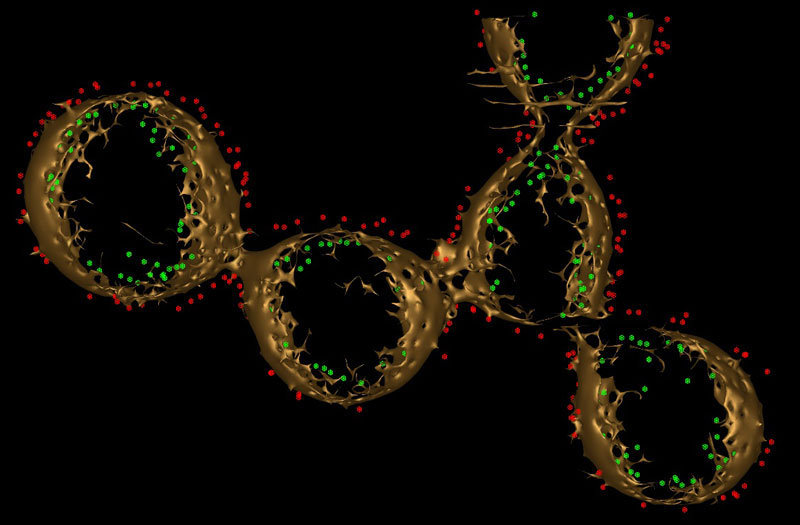 Transport proteins in the membrane are located at a distance of 30 nanometers from each other – this is a lot for the transfer of an electron. Thus, only close-lying proteins can transmit an electron to each other. Researchers have suggested that inside the membrane vesicles are proteins, collisions with which help charge carriers to approach the necessary distance. Verification of this hypothesis is stated as the next step in the study.

El-Naggar is literally enthusiastic about the prospects: “… We could develop new machines where living cells function as part of a hybrid biotic-abiotic system.”

The discovery is useful for the development of microbiological fuel cells, which generate electricity, and for sewage treatment. Now the topic of using bacteria for various previously exclusively technological processes is widely studied. For example, some bacteria can produce hydrogen, and another – to extract gold from ore.

From the scientific point of view, the very possibility of life, based on such a non-standard principle for the Earth, is important.