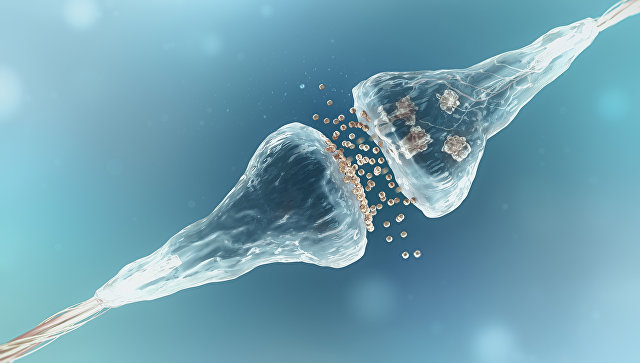 Reception LSD temporarily suppresses the work of nerve cells responsible for the work of “feeling themselves,” which makes a person do not make differences between themselves and others around him. This can be used to create drugs for schizophrenia and depression, say scientists in an article published in the Journal of Neuroscience.

“LSD blurs the line between self-esteem and other people during conversations and social interactions with them.” Using MRI, we managed to show that this is because the drug affects parts of the brain that are responsible for self-awareness. shifts in the activity of cells changed the way volunteers communicated with others, “says Catherine Priller, a neurophysiologist from the University of Zurich (Switzerland).

LSD, lysergic acid diethylamide, or simply “acid”, was accidentally discovered by the famous chemist Albert Hoffman in 1938 during experiments with spores of a parasitic fungus-ergot. Initially, LSD was intended to be used as an agent for the treatment of schizophrenia, but “acid” quickly became a popular psychedelic substance among young people in the 60s of the last century.

In recent years, as noted by Priller, among medical professionals and neurophysiologists there was a renewed interest in LSD and other psychedelic drugs. Watching how they act on the brain of volunteers, scientists are trying to understand exactly how they change the work of the psyche and consciousness, and assess the permissibility of their use as medicines.

Puller and her colleagues have been conducting similar experiments for several years. For example, last year they managed to find out that LSD affects specific nerve cells, on the surface of which there are special serotonin receptors, 5-HT2A molecules. If the work of these receptors is blocked, then all the effects from the action of the drug disappear.

Having made this discovery, Swiss neuroscientists have tried to find out exactly what these nerve cells control. To do this, the scientists used the same volunteers and the same methods of conducting experiments.

During the experiments, the biologists were given out to their wards on a piece of paper that had been impregnated with either LSD or a blocking substance with ketanserin, or ordinary water. When volunteers took the drug, the scientists placed them in a magnetic resonance tomograph and monitored changes in brain function.

During this process, biologists displayed various images, including photographs of people, on the screen of the monitor inside the scanner, and followed the movement of the pupils of the volunteers, trying to understand how they react to these pictures.

As it turned out, LSD primarily affects those nerve cells that control the work of “feeling themselves” and social interactions with other people. As the scientists note, “acid” reduces the level of activity of these neurons, because of which people gradually cease to feel the boundary between the outside world, other people and themselves, which can explain the effects, which psychonauts often say.

The discovery of this area of ​​the brain, as noted by Preller, can be used in medicine. His activity, in her opinion, may be low in people suffering from schizophrenia, and anomalously high in people suffering from depression and other mental disorders. Accordingly, suppression or stimulation of these neurons can help such patients get rid of these problems with the work of “feeling themselves,” scientists conclude.