Scientists have suggested a version of the appearance of cows 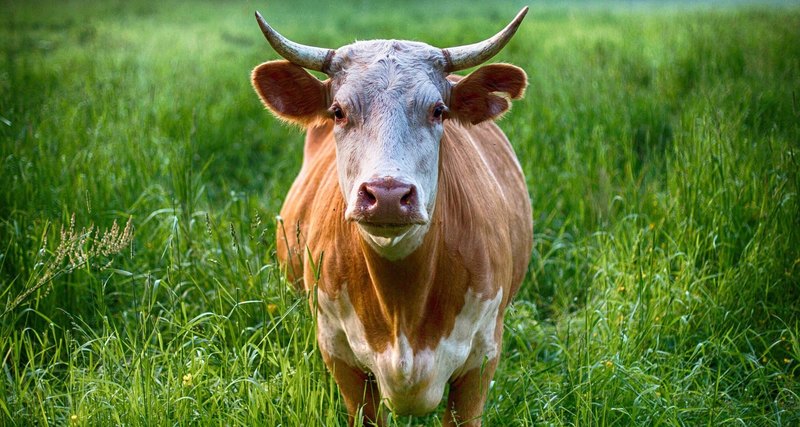 An international team of scientists determined the genetic mechanisms of the evolution of ruminants from deer to cattle by identifying rearrangements in the hot spots of chromosomes.

The method made it possible to establish how the genes in hot spots changed in ruminants — this is what the chromosome segments are called, which undergo transformation in the course of evolution, in contrast to the cold spots, which preserve blocks of genes intact. It was found that these changes affect the regulation of entire groups of physiologically important genes, in particular, those responsible for digestion, which is characteristic of the entire suborder of ruminants belonging to the order of the pedigreed, and distinguishes them from other animals.

One of the authors of the study, the head of the research department of the Institute of Molecular and Cellular Biology of the SB RAS, Doctor of Biological Sciences Alexander Grafodatsky, explained that ruminants have a complicated digestive system, which has become such in the process of evolution. It is known that the ancestors of all mammals are insectivores, having much in common with predators. They practically do not chew food, they digest very quickly, so they need to eat often.

In ruminants, the process of digestion is much longer, the stomach consists of four sections and digestion occurs in four stages. Probably, ruminants once ate what runs: today, in Southeast Asia, a deer lives – the smallest and oldest ruminant in the world, which also eats crabs and mice. To study the genomes in the IMCB SB RAS, the method of chromosomal painting (ZooFISH) is used.

This name he received due to the fact that the chromosomes are stained with fluorochromes – dyes that can glow in ultraviolet or blue radiation. This is done in order to compare the chromosome regions in different species and to determine which of them remained unchanged in the process of evolution and which were subjected to rearrangement. The method in conjunction with the data sequencing and bioinformatics allowed us to determine with great accuracy the chromosomal rearrangements of the most important for the evolution of representatives of the cephaloped, which include ruminants.

The chromosomes of alpaca, gray whale, Javanese deer, Siberian musk deer, giraffe, fallow deer, Siberian roe deer, black antelope, musk ox and cows were examined. “We received extremely interesting results, many of them are still waiting to be confirmed – in particular, there is reason to assume that the same chromosomal rearrangements that are responsible for changes in the type of digestion are also associated with peculiarities of childbearing,” said Alexander Grafodatsky.