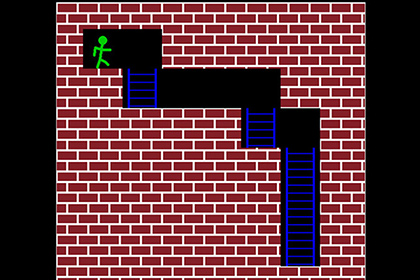 Specialists from the Washington university (USA) taught blind people to be guided in a virtual labyrinth. The research is published in the Frontiers in Robotics and AI magazine.

Scientists used one of methods of electric stimulation of a brain — transkranialny micropolarization (TKMP). With its help at blind people scientists managed to create the optical illusions allowing to move successfully in 92 percent of cases on a two-dimensional labyrinth.

If before the virtual character in a game there was a wall, then by means of TKMP phosphene creation — visual feeling in the form of the shining images which aren’t connected with effect of light was initiated.

The control group to which TKMP placebo was offered was succeeded not to make successfully mistakes only in 15 percent of cases of movement on a labyrinth. Specialists hope to create special sensors and thus to teach blind people to be guided in space.

TKMP represents noninvasive selective impact by a direct current with a force from 1,5 to 2 milliampere on a brain. The procedure leads to excitement of group of the neurons connected from various type by physical or intellectual activity.