Scientists have told how the Sun will destroy life on Earth 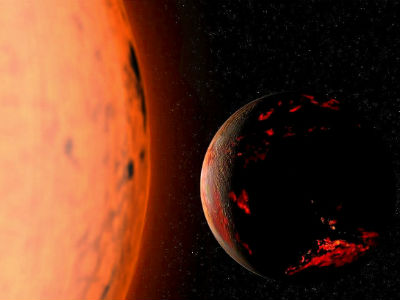 Scientists of Catholic University of Leuven (Belgium) studied an analog of the Sun and came to a conclusion that through 5 billion years the star will destroy all live on Earth.

Scientists studied stages of development of the next analog of the Sun — L2 Puppis star from the constellation of the Forage. Now it belongs to the class “red giant”, age — 10 billion years. Through 500 million years the star will turn into “the white dwarf”, will exhaust inventories of hydrogen and will stop the existence.

The sun, perhaps, the same destiny waits. It belongs to the first class — “the yellow dwarf”. In total their four: yellow dwarf, subgiant, red giant and white dwarf. If development of a star doesn’t change, then already through 5 billion years the Sun “the red giant” will reach a stage, scientists consider. The mass of a star will increase in hundreds of times, emissions of matter in space will begin. Mercury and Venus will be destroyed.

After a final stage of development of the Sun all life on Earth will die out. The planet, perhaps, will remain whole. It is on border of potentially safety area in the Solar system.
People needed to live about 5 billion years

The theory about survival of Earth is based on the dying planet L2 Puppis stars rotating around. It exists several hundreds of millions of years near the red giant. Though it is impossible to call the planet Earth analog, it is the large gas giant and any there are no hints on life on it.