Scientists have turned ordinary fabric into a soft exoskeleton 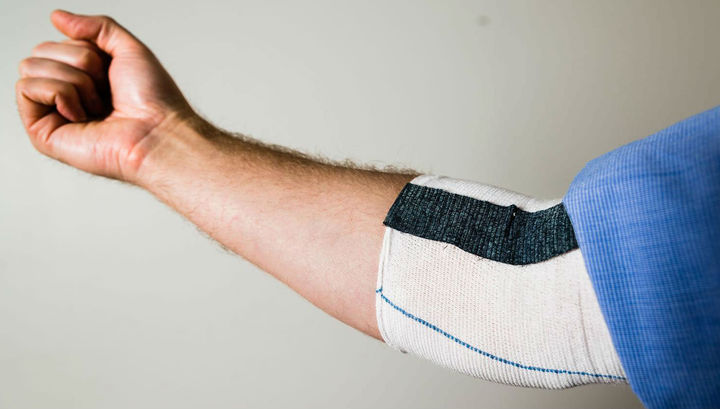 Swedish engineers have developed a system of electroactive “material muscle” that turns clothing into artificial muscles. Such technology could lead to the creation of new types of soft exoskeletons that are required for employees engaged in heavy physical labor, and people with disabilities.

In the new study, the researchers used light and flexible fabric and have developed material which is called “textile muscles”. The system works in the following way: a lightweight fabric coated electroactive material. The process is similar to applying paint. In this special coverage there is a “force” textile muscle.

A small electrical voltage applied through the tissue causes the electroactive material to change in volume — filaments or fibers increase in length. The properties of the textile material are determined by its woven or knitted structure. Researchers can use this technology depending on how “improved” the textile will be used. 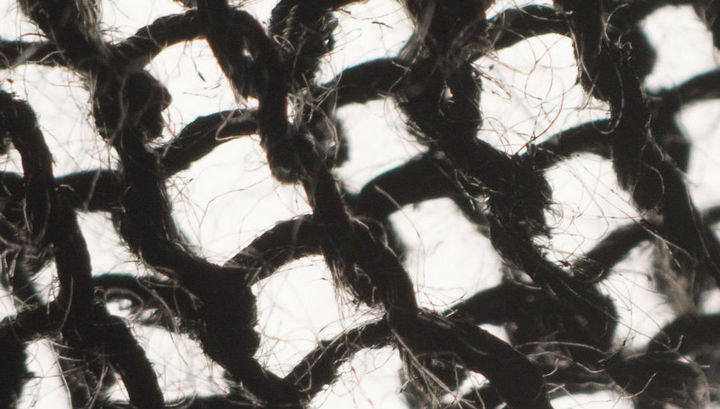 The system is essentially similar to the mechanical action of our own muscles, the researchers note.

By the way, earlier such soft eczecstwa already produced, but the Swedes intend to use for your designs fabric mass production of ordinary fabrics of cotton or synthetic materials used for the manufacture of clothing in the world.

Many people might immediately raise the question: if human muscles, roughly speaking, are attached to the bones, what will be held “textiles of muscle”? Whether they will pull some kind of rigid structure or frame?

“And indeed there is a need to attach these drives to the body, says adjunct Professor, Germany University Edwin Yager (Edwin Jager). – It can be elastic stand of dense tissue similar to those that today are used to maintain injured joints”. They can easily be purchased, for example, in sports shops. 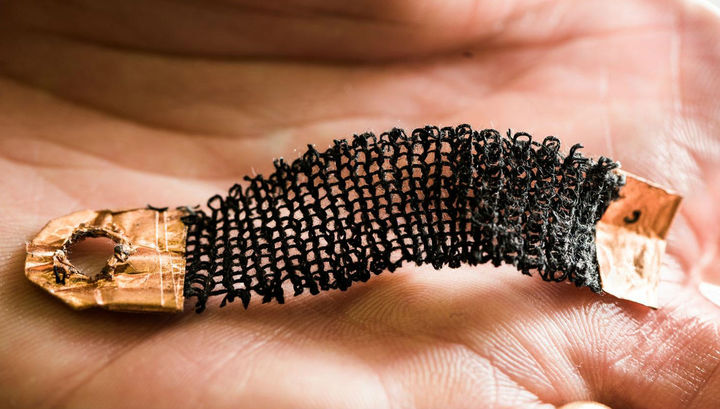 Yager and his colleagues are now studying whether artificial muscles to use with the help of Velcro fasteners which are wrapped around the arm or leg.

Researchers have shown that “textile muscle” can be used in simple robotic devices that can lift a small weight. They also demonstrate that this technology allows to open new possibilities in the design and manufacture of devices, known as actuators. The latter can work like motors and biological muscles.

“In the future, our approach will make it possible to produce a simple and hopefully inexpensive drives using already existing technologies of textile production. But what is most interesting – technology may open up entirely new applications in the future, such as integration of the muscles in textile garments,” says Yager.
It is noted that in recent years the development of technologies in the field of robotics and prosthesis (exoskeleton) is developing rapidly. For example, they help patients with limited mobility legs or paralyzed people. 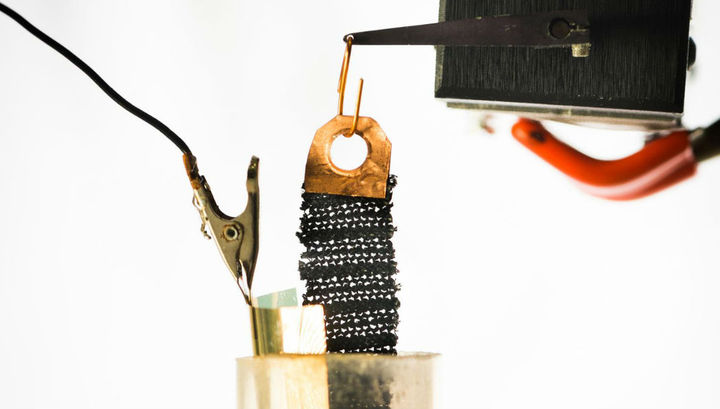 “A huge and truly impressive progress has been achieved in the development of exoskeletons that allow people with disabilities to start again to walk. But existing technologies are hard robotic suits. Our goal is to create exoskeletons that would like garments. For example, on running tights that can be worn under ordinary clothes,” says Yager.

According to scientists, such a device would facilitate the life of elderly people and people with disabilities.