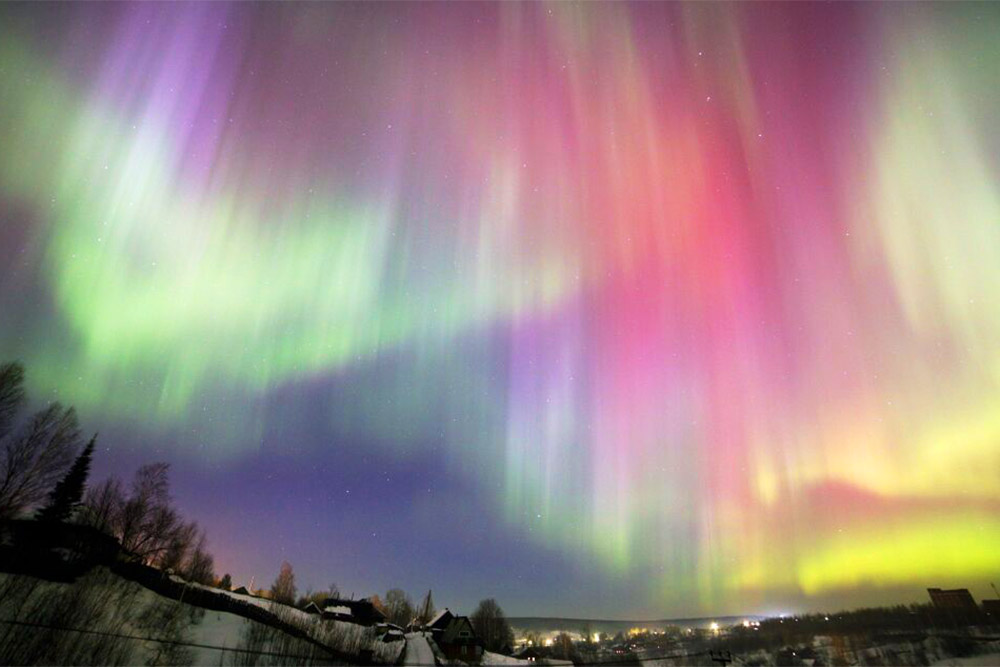 Physicists from the University of Iowa have proven that the brightest auroras are created by powerful electromagnetic waves during geomagnetic storms. Reported by CNN.

Research shows that electromagnetic waves, also known as Alfvén waves, accelerate the movement of electrons towards the Earth, causing the particles to produce a colorful light effect known as the aurora borealis.

“Measurements have shown that this small group of electrons undergoes resonant acceleration by the electric field of an Alfvén wave, much like a surfer catches a wave and continually accelerates as he moves with it,” explained Greg Howes, Ph.D. of physics and astronomy at the University of Iowa and co-author of the study.

The idea of ​​”surfing” electrons in an electric field is a theory first presented in 1946 by the Russian physicist Lev Landau and called “Landau damping”. His theory has now been proven, the newspaper notes.

To confirm Landau’s version, physicists conducted an experiment by recreating the Earth’s magnetic field using powerful coils and a special camera. Inside the chamber, scientists created a plasma similar to the one that exists in space near our planet, and launched Alfvén waves through it.

Although the experiment did not recreate the colorful flicker, laboratory measurements showed that electrons traveling along Alfvén waves caused the aurora, Howes noted.

Earlier, British physicists using X-ray scanning showed that the mass of a human chromosome is several times larger than expected – which may indicate its components unknown to science.