Scientists have uncovered the secret of floating stones 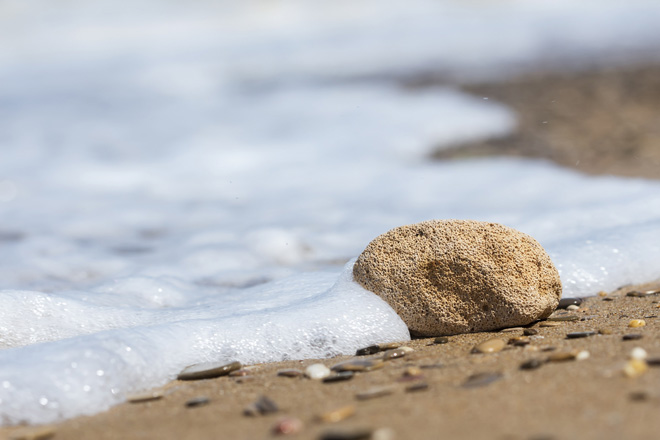 It’s true – some stones can stay on water for years. And now scientists know how this happens and why they eventually drown.

The amazing buoyancy of these stones – which can form kilometer “pumice rafts” in the ocean – will help scientists track underwater volcanic eruptions.

And, in addition, data on the buoyancy of pumice will let you know how species are distributed around the planet. Pumice is rich in nutrients and serves as a carrier for plants and other organisms. Also, floating pumice can be dangerous for boats, as the ash mixture clogs the engines.

Although scientists knew that pumice can float because of pockets of gas in the pores, it was not known how these gases remain inside the pumice for a long time. After all, if, for example, a sponge absorbs enough water, it will drown.

Some pumice stones in the laboratory were drowned in the evening and rose to the surface in the afternoon. To understand the processes. Occurring in these stones, the team covered the wetted areas of pumice wax.

The researchers found that the processes of gas trapping in pumice are due to the phenomenon of surface tension, the chemical interaction between the surface of water and air, which acts like a thin skin. The same process allows insects and lizards to walk on water.

The team also found out that the theory of percolation helps to understand how liquid gets into a porous material. She also explains the process of gas trapping in pumice. And the theory of gas diffusion, which describes how gas molecules are looking for areas of low concentration, makes clear the final loss of gases that causes the stones to sink.