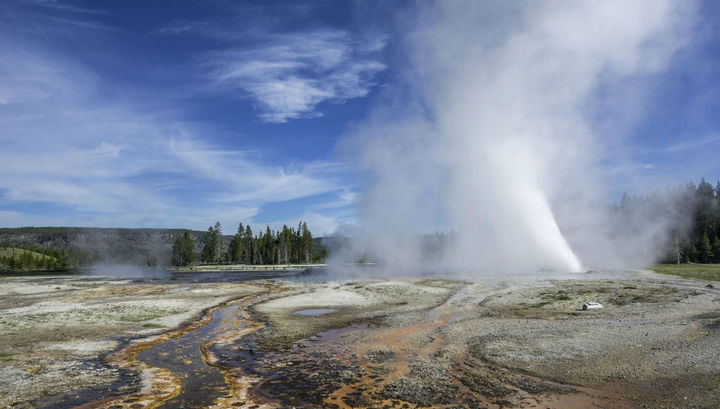 Scientists for a long time puzzled how the shell (as experts say, the capsid) of viruses in the form of a spindle is arranged. The answer was helped to find the inhabitant of the hydrothermal spring in Yellowstone. The researchers described not only the structure of the envelope of the virus, but also the mechanism of its shape change, which is probably responsible for injecting the viral DNA to the “victim”. It is expected that the discovery will advance the technology of targeted drug delivery.

“In fact, there are only three main forms of the virus: spherical, cylindrical and lemon-shaped,” explains Martin Lawrence, co-author of the new study at the University of Montana, USA “For many years now we know the principles of cylindrical and spherical viruses, but for the first time we really understood how the third class of viruses is being formed. ”

The discovery was helped by a rather unusual organism. The Acidianus virus “lives” in a hot spring in the Yellowstone National Park and feels great at a temperature of 176 degrees Celsius.

The amateur places were explored with the help of probing technology of the last generation. In addition to X-ray crystallography, scientists applied cryoelectronic microscopy, for which the Nobel Prize in Chemistry was awarded in 2017. The study used a microscope valued at seven million US dollars, which was the most difficult five years ago in the world. 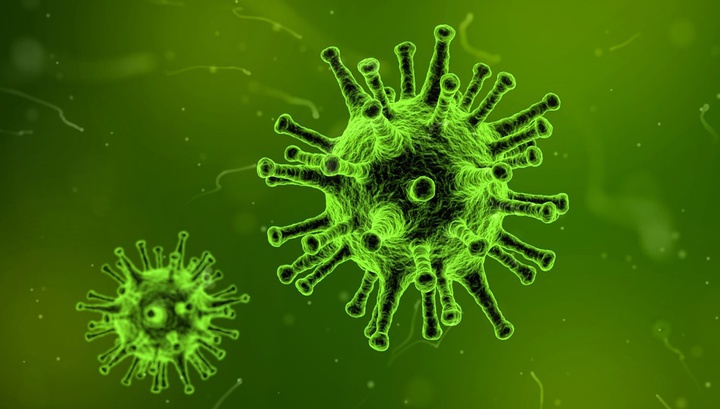 Such advanced technology allowed researchers to build a viral envelope model up to the level of individual atoms.

Explaining the structure of the virus, Lawrence resorts to very unusual comparisons.

It looks as if “the bricks are connected to each other by long spirals that look like spiral ropes, from four to six of these spiral ropes wrapped around each other, so that it turns out a container in the form of a lemon,” says Lawrence.

Scientists also described the mechanism of changing the form of the virus, when from a “lemon” it turns into a long thin cylinder. With this transformation, the “ropes” slide over each other, changing the face of the pathogen.
“We believe that this restructuring is used to inject the virus DNA into the infected cell,” Lawrence says, “This is the answer to the question of how DNA leaves the virus.” How do you get the juice from a lemon? You squeeze it. “In this case,” the ropes “shells compress DNA inside the virus, displacing it.”

The definition of the internal structure of one of the three main forms of the viral envelope is important in itself. But this discovery can also have practical application.

In particular, the knowledge gained can help in the creation of capsules that address the drug to the diseased cell. And this is practically the Holy Grail of promising medical developments. After all, now, in order to cure, say, the lungs, a person has to take medicine, which also falls into the heart, the brain and the left heel – simply because it is carried by the bloodstream throughout the body. And its effect on “non-target” tissues and organs often leads to undesirable side effects. To combat this evil, it is necessary to reduce the dose to the detriment of the therapeutic effect. This is one of the reasons why there are still incurable diseases.

Science can come in handy and “technical solutions” that allow the virus to exist in an acidic environment at a temperature of 176 degrees. Humanity has enough technological processes taking place in such extreme conditions, so that a virus from a hot source can generate a whole new industry in biotechnology.