Scientists have unraveled the secrets of longevity 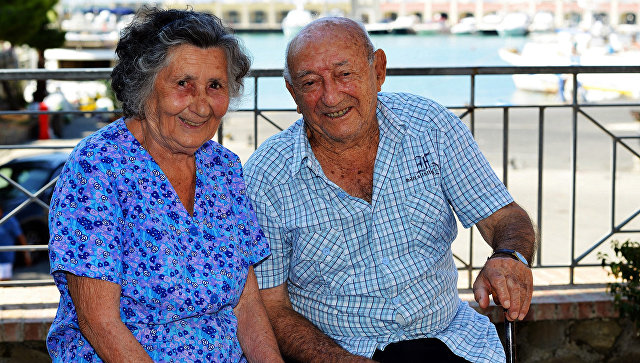 Italian biologists have discovered that people who lived to a hundred years or more, have an unusual network of capillaries and other small blood vessels, aging significantly slower than the rest of the inhabitants of the Earth, what they said at the meeting of the project participants CIAO in Italian Police.

Extremely low levels adrenomedullin, one of the blood proteins that indicate the good work of the vascular endothelium and the excellent condition of the capillaries and other small blood vessels in General, so that the organs and muscles of these people are well supplied with blood, — said Salvatore di Somma (Salvatore Di Somma) from the University La Sapienza in Rome (Italy).

Di Somma, and a number of other gerontologists and biologists for several years studying the so-called hotbed of longevity in a place called Cilento, where they live extremely elderly and healthy people. The average life expectancy in the Cilento for women is a record of 92 years, and 85 years for men, almost 10 years longer than the average for Italy.

There are several such regions on Earth, whose inhabitants live for an unusually long time even in comparison with its immediate neighbors, including Okinawa, Sardinia, Ikaria, and each of them always attracted the attention of scientists wishing to unlock the secrets to long life and health in old age.

The science team Di Somme, through his personal connections in the region, was able to enlist the support of three dozen very elderly residents of Cilento at the age of 90 years, living in the village of Acciaroli, and about six dozen of their younger relatives. The scientists collected samples of their blood and compared them with DNA and sets of proteins from samples obtained from residents of Sweden.

This analysis revealed two unusual things. First, the level of two proteins of MR-proANP and proenkephalin was increased, which in normal cases suggests a very severe and even critical condition of the heart and blood vessels in the elderly. However, despite their high level of cardiovascular system of residents of Acciaroli was in good condition.

Secondly, these people were markedly lowered the level of the other protein — adrenomedullin, the hormone controlling the expansion of blood vessels, whose high level is also considered to be indicative of serious diseases of the heart and blood vessels. As suggested by Italian researchers, this factor was associated with longevity and health of their wards.

Why is the level of this protein reduced the Italians, long-lived, scientists don’t know yet, but they plan to find the answer to this question, after studying blood samples from two thousand hundred years old men and women living in Cilento. Suspects Di Somma, a low concentration of adrenomedullin may be associated with the peculiarities of the local diet, and more extensive monitoring can show whether it is or not.