Scientists have urged to save population of bees 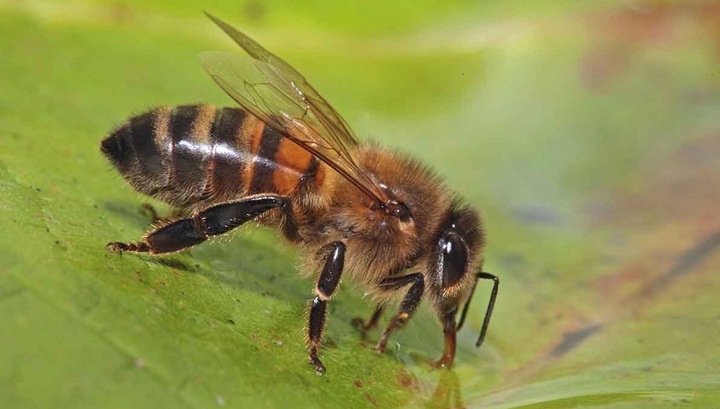 The American scientists are concerned by increase in death rate of pollinators (wasps, bees and flies) because of use of pesticides. The scale of threat is huge: only population of bees is reduced annually by thousands and tens of thousands of individuals that in the future can lead to a global environmental disaster.

The intergovernmental political-scientific platform on a biodiversity and ecosystem services (IPBES) confirmed not so long ago sharp decrease in populations of pollinators in the wild nature not only in North America, but also in Europe. Most likely, the same occurs also in other regions of the world, just on them the corresponding researches aren’t conducted and scientists lack data.

Experts offer the strategy of protection of insects. According to one of authors of new scientific work of Lynn Dicks of University of East Anglia, not only environmental organizations, but also the governments of the countries as it is already about the healthy future of all mankind in which the agricultural industry plays a huge role shall take part in protection of insects.

For example, the states could finance more researches, and also create programs for support of agricultural industry which would consider interests not only the cattle (management of landscapes, distribution of grounds means), but also the insects pollinating plants which this cattle eats.

At the same time it is important to monitor use of chemicals at the legislative level. The World Health Organization both the Food and Agricultural UN organizations work hard years together over the document which at the global level could adjust agricultural activities of the countries concerning use of pesticides and other substances, toxic for insects. Eventually they bear harm not only to insects or an animal, but also people.

Also in the report need of increasing knowledge of a condition of populations of pollinators around the world is emphasized. Strategy provides, for example, long-term observations and researches, especially in Third World countries where as it was already told above, scientists often don’t own a complete picture because of a lack of means and the equipment.
In general proposals of experts are created in the following ten points:

– to raise standard standards of use of pesticides;
– to promote creation of complex methods of pest control;
– to include in case of a risks assessment indirect and sublethal (when the effect of banefulness is frequent, but isn’t obligatory) effects;
– to regulate (or at least to track) movements of pollinators;
– to stimulate farmers to refuse use of chemicals for benefit of ecosystem methods (for example, to develop insurance programs);
– to recognize pollination as a contribution to agricultural activities and to perceive insects as assistants to farmers;
– to support diversified system of farming;
– to recover “green infrastructures” in agricultural and city landscapes;
– to provide long-term observations of insects;
– to finance researches for increase in productivity and improvement of an ecological situation.

Meanwhile in Canada at the ministerial level the issue of use prohibition the neonikotinoidnykh of pesticides – enough disputable substances which become a cause of death of many insects is resolved. These insecticides are used in agricultural industry of many countries for fight against the sucking and listogryzushchy insects, and also soil wreckers.
In particular, it is about a prohibition of an imidakloprid – it is one of active ingredients the neonikotinoidnykh of pesticides which was pernicious for water insects. Earlier, we will remind, neokotinoida charged of mass death of bees. Recent researches showed also that the same insecticides kill also inhabitants of reservoirs.

In the Canadian regions where chemicals on the basis of an imidakloprid were actively used, excess of its concentration in water is fixed that can lead to disappearance of many types of insects. You shouldn’t forget also about fish who eats invertebrates and can become the following injured link of a food chain.

Meanwhile the Ministry of Canada officially declares intention to gradually reduce use of harmful chemical, and also to repeatedly review impact of other toxic substances. Meanwhile 90 days that residents of the country could comment on the offer on a total ban of an imidakloprid are allocated to the public.
Let’s remind that earlier scientists connected reducing population of bumblebees with impact of global warming. Also we told about a unique capability of bees to warn each other about danger difficult signals.