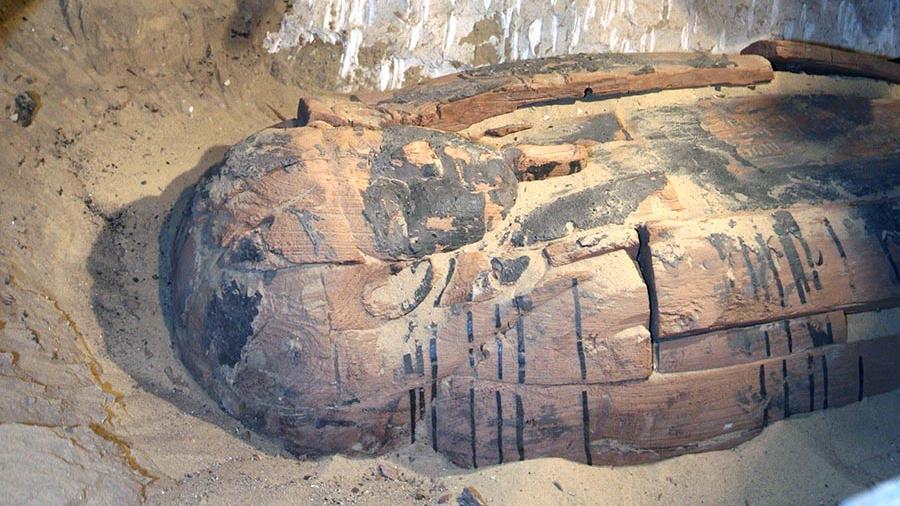 Archaeologists have discovered in the ancient Egyptian necropolis of Saqqara 27 sarcophagi at once, over 2.5 thousand years old.

The find was made 30 km from Cairo. It is noted that the burials were located in a recently excavated well at a sacred site in Sakkara. In ancient Egypt, this area was used for burials. Now Sakkara is included in the UNESCO World Heritage List, the BBC notes on September 20.

The researchers said the discovered sarcophagi are closed and have not been opened since they were buried.

In July it became known that scientists had solved the mystery of the “screaming mummy.” Experts were able to determine what caused the death of the woman, whose “screaming mummy” was found in the royal tomb in Deir el-Bahar.