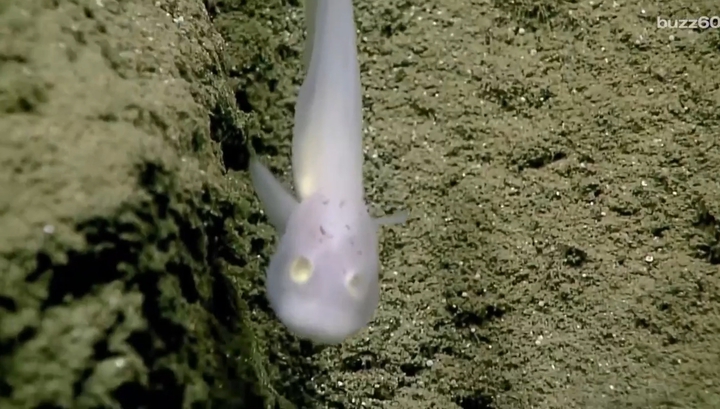 Research ship Okeanus Explorer managed to capture the Pacific ocean’s rarest fish, the Ghost, which had never been seen alive. Unique creature with translucent skin lives at a depth of two kilometers. The length of the body amazing fish is 10 centimeters.

Until recently, fish-ghosts caught in a fishing net for deep-sea trawling, but by the time the catch was pulled to the surface, the species was already dead.

The rare creature was filmed off the coast of Northern Mariana Islands in the Pacific ocean. Due to lack of calcium in the body bones of the skeleton-fish Ghost are poorly developed, that it seems almost transparent.