Scientists may have found the oldest traces of life 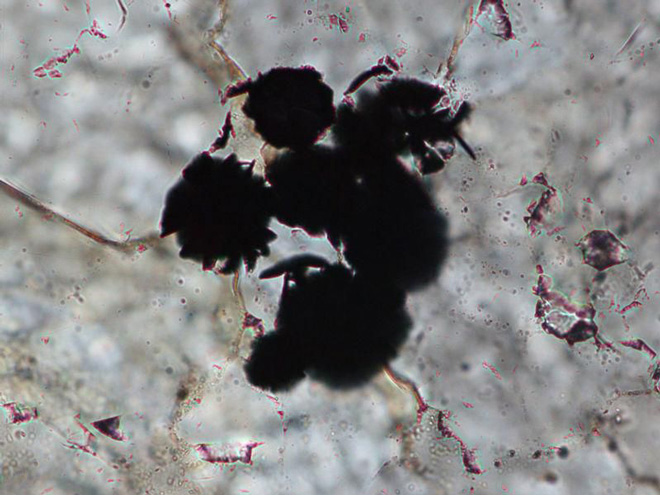 Researchers found possible traces of life in a rock of 3.95 billion years in the mountain range of Torngat in the north of the Canadian province of Labrador. If the discovery is confirmed, it will be the oldest signs of the existence of life forms on Earth that have ever been discovered.

In recent years, geologists have tried to find the oldest life on our planet. Only in 2016 a lot of research teams announced their versions of the date when life forms began to form. In August, researchers published a paper that documented the fossilized remains of a 3.7 billion-year-old bacterium found in Germany. In March, another team announced the discovery of possible traces of bacterial life of at least 3.77 billion years old. The last find, which the journal Nature wrote, is even older – 150 million years old.

The fossils that have been found last are tiny crystals of the carbon mineral of graphite, which has a specific isotopic composition left, perhaps, by the boiling activity of microbial life.

In nature, carbon atoms are found in two stable isotopes: carbon-12 and heavier carbon-13. Living organisms, however, prefer carbon-12, as it is easier to transform into living tissue. When creatures die and decompose, they leave behind a carbonaceous residue that contains much more of this isotope.

But not only the isotopic composition fascinated researchers. The ordered structure of graphite grains also suggests that carbon experienced the same heating that created the rock around them. So, the age of carbon and surrounding mountains is the same.

Such discoveries change the opinion of scientists about early life. Traces of life are found throughout the chronicle of the rock. The earth was a biotic, life-sustaining planet almost from the very beginning.

The lead author of the study, Tsuyoshi Komiya of the University of Tokyo, Japan, plans to analyze other isotopes – nitrogen, sulfur and iron – in organic material and related minerals. Researchers hope that these additional analyzes will help unravel the mystery about the creature that left carbon footprints.