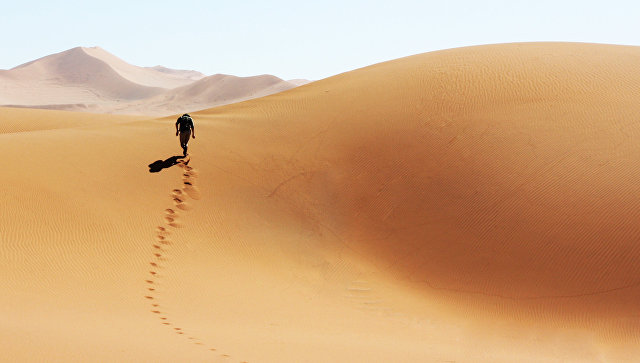 Unexpectedly rapid melting of permafrost will significantly accelerate the accumulation of greenhouse gases in the Earth’s atmosphere and make the Paris climate agreement extremely difficult to implement. This conclusion was reached by climatologists who published an article in the journal Nature Geoscience.

“The melting of permafrost will significantly reduce the” budget “of emissions that mankind can afford to spend before the climate passes a” point of no return. “A particular danger is that this process lasts for centuries and can not be stopped instantaneously by reducing emissions,” – said Thomas Gasser (Thomas Gasser) of the International Institute for Applied Systems Analysis in Laxenburg (Austria).

In recent years, climatologists have seriously worried that the warming of the Arctic will lead to the rapid disappearance of all permafrost stocks that have arisen in the soil of Siberia, Alaska and the circumpolar regions of Canada during the last glaciation. According to current forecasts, about a third of the permafrost in the southern regions of Siberia and Alaska will disappear by the end of this century.

Melting permafrost, as scientists now believe, will release a huge amount of organic matter, frozen in the soil and accumulated there for millions of years of glaciation. These plant and animal remains will begin rotting, releasing methane and carbon dioxide into the atmosphere, as well as burning in the course of natural fires, which will further accelerate global warming.

All these processes, as Gasser points out, were not taken into account during the negotiations on the Paris climate agreement concluded in December 2015. As a result, those voluntary commitments to reduce emissions that countries have taken can be excessively mild and will not allow parties to the agreement to keep global warming at around 1.5-2 degrees Celsius.

Austrian climatologists have checked how much thawing permafrost will affect the implementation of the Paris agreements, creating a computer model that takes into account this source of greenhouse gases.

These calculations have unexpectedly shown that this natural process “bites off” a very significant part of the carbon budget of the Paris Agreement, and the power of its influence will grow strongly in those cases if not all countries comply with obligations or realize their optional parts.

For example, ideally, if all countries fulfill all obligations, and average temperatures rise by 1.5 degrees Celsius, permafrost will “bite off” about 10% of total permissible emissions. In less favorable situations, the Paris agreement participants will lose from 12 to 25% of the carbon “budget”, which will sharply complicate the implementation of the treaty or will force the Earth to pass through the “point of no return”.

Especially dangerous, as Gasser and his colleagues note, will be a “gradual” implementation of the Paris Agreement, at the first stages of which the emissions will be limited to a mildly. In such cases, the consequences will be even more powerful and less predictable.

“In fact, this is the strategy that virtually all the parties to the agreement are following today, and we need to understand the consequences it will have.” There is a non-zero probability that we will not in principle be able to “return” the Earth to a low level of emissions. , that such an approach to combating global warming has serious consequences, “the scientist concludes.