Scientists of NASA have named terms of detection of extraterrestrials 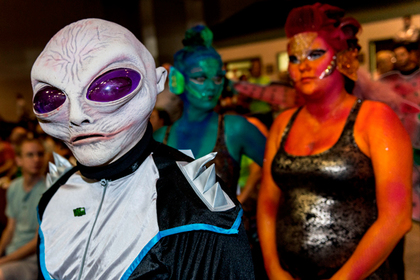 Scientists NASA, responding to questions from users of Reddit, called the possible time of detection of extraterrestrial life, the space agency reports.

“I think that in twenty years we will find one probable candidate,” said Tony del Genio from the Goddard Institute for Space Research (New York). The scientist believes that extraterrestrial life can be very different from the terrestrial, but for the beginning it’s easiest to look for analogues of terrestrial organisms.

Andrew Rushby of the Ames Research Center (California) believes that extraterrestrial life will be discovered in the coming decades. Prominent candidates for its presence in the solar system scientist considers Europe (the satellite of Jupiter) and Enceladus (the moon of Saturn).

NASA’s former chief scientist Ellen Stofan said in 2015 that the space agency will find extraterrestrial life by 2025. The main task of NASA, she called sending a person to Mars.