Scientists opened bees which not to distinguish from ants 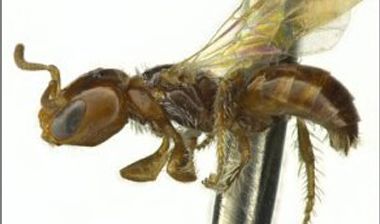 The male half of two open species of desert bees looks as ants, and scientists have no idea why.

The entomologist Zac Portman from the State university of Utah (USA) reports about 9 earlier unknown types belonging to the sort Perdita. This diverse clan of desert bees lives in the Southwest of the USA and in adjacent parts of Mexico. The tiny sparkling pollinators whose length makes only several millimeters play an important role in natural ecosystems of the Southwest, extending seeds of desert plants, for example, of a flower tequila. 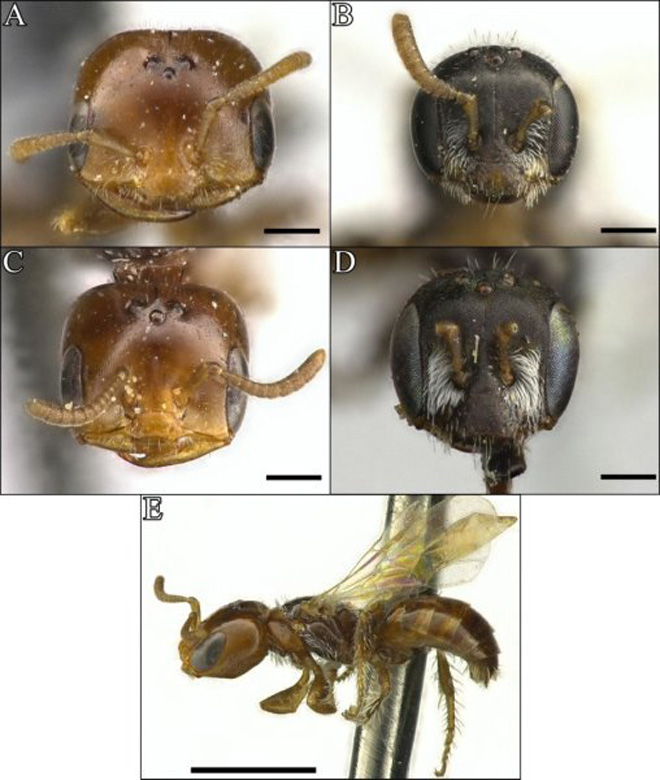 New species of insects are constantly by means of the complex anatomic and genetic analyses, necessary to distinguish the close relatives. But times the nature throws up the scientist surprises.

So occurred in case of two types of Perdita — P. prodigiosa and P. pilonotata which representatives have different appearance depending on a floor.
Males of new types are very similar on ants.

The last genetic researches showed that bees and ants — the close relatives, but, nevertheless, to find a bee with the formic head on a fluffy small little body was surprise. To explain this amazing example of convergent evolution, more researches will be required.

“Not clearly, why at these males such unique appearance, but it can indicate that they spent much time in a nest — Portman says in the statement. — Information will be more when we study their biology of nesting”.

It should be noted that newly appeared bees of Perdita have “hair baskets” — lumps of the hairs confused, bent by a hook which allow insects to collect the pollinated grains during “divings” in tubular flowers.