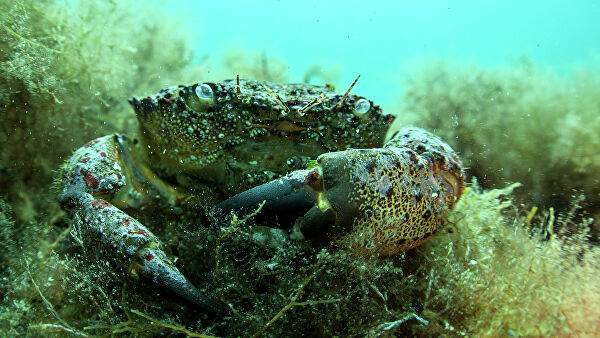 Russia can become a world scientific leader thanks to the multidisciplinary project “Ocean” dedicated to the collection of data on underwater life on our planet. This opinion was expressed by Leonid Moroz, professor of neuroscience at the University of Florida (USA), and professor of the University of Gottingen (Germany) and Konstantin Krutovsky, head of the REC of genomic research at the Siberian Federal University, in an interview with RIA Novosti.

According to scientists, at the moment, mankind knows less about the sea depths than about the moon, despite the fact that 71% of the Earth’s surface is covered with water. The Ocean project, developed under the guidance of Professor Leonid Moroz, can solve this problem.

“Hundreds of thousands, if not millions of species of marine organisms (perhaps we know about 10%) determine the health of our planet now and in the future. Many species we have lost and will lose even more, without even getting primary information about those organisms that live in the ocean and its depths, “said Leonid Moroz, adding that the main goal of the Ocean is to better know and save the planet.

It is planned that the project will organize round-the-world marine research expeditions with the goal of creating a genomic atlas of all species living in the ocean. The authors of the project expect to conduct research, including genomic sequencing, directly on board ships. This will allow us to describe species whose representatives cannot be delivered to traditional laboratories: for example, deep-sea, rare, or easily damaged organisms.

Russia, as one of the leaders of the international consortium, can gather more knowledge about the oceans and life on our planet in five to seven years than humanity has accumulated over all previous centuries. This is possible thanks to the longest coastline of Russia, a large coastal territory of the ocean, as well as a unique scientific fleet.

According to scientists, the implementation of the project at relatively low cost will lead to disruptive results and a global effect for all of humanity, comparable to space projects in the 60s of the twentieth century. The Ocean can also be compared with the Human Genome project, where the initial costs of basic science have paid off hundreds or even thousands of times. In addition, the project guarantees Russia full participation and leadership in the planned global international project “Earth BioGenome”.