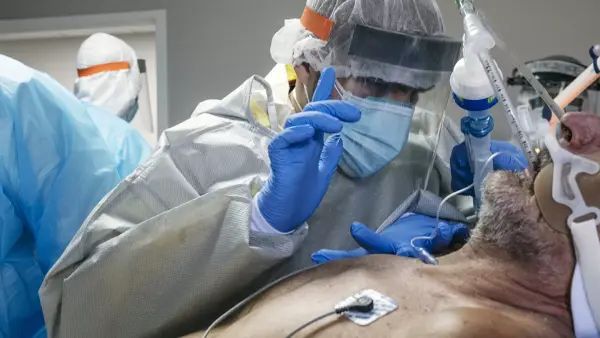 About half a million people could die in the United States from coronavirus by early April, despite massive vaccinations of the population, according to a report by the Institute for Health Metrics and Evaluation (IHME) at the University of Washington School of Medicine.

“Despite the increase in vaccinations, we expect 539,000 cumulative deaths by April 1, with daily deaths peaking at 3,000 in mid to late January,” the report said.

Vaccinations are expected to prevent only nine thousand deaths by April 1. That said, a faster deployment of a vaccination program aimed at people at high risk could save another 14,000 lives.

In addition, scientists estimate that an increase in the use of masks to 95% could save 66 thousand lives by April 1.

According to the latest data from Johns Hopkins University, which summarizes data from federal and local authorities, as well as the media and other open sources, 14,570,912 cases of coronavirus infection have been detected in the United States since the beginning of the epidemic, 281,121 people have died.

US President Donald Trump said Saturday that the coronavirus vaccination will kick off next week.