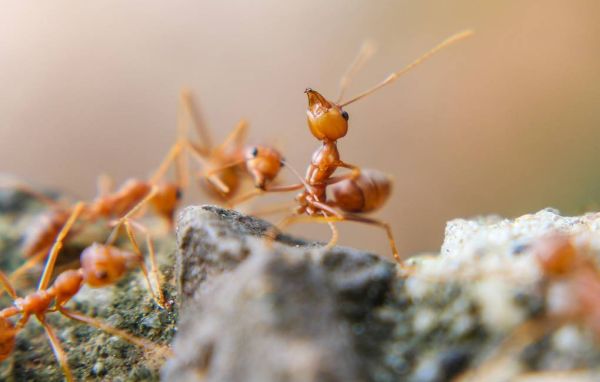 Analysis of changes in the number of invasive species over the past decades showed that by the middle of the century their number at the global level will increase by one third. The results of the analysis were published by the scientific journal Global Change Biology.

“In the coming decades, invasive species will integrate into new ecosystems for them at a very high rate. This can negatively affect species diversity and lead to the extinction of many animals and plants. On the other hand, we can reverse this trend if we combine our efforts on global level, “- said one of the authors of the work, professor at University College Londrna Tim Blackburn.

Invasive species are those that have spread to a particular area due to human activities. They have become one of the main problems for the ecological situation on the entire planet already several decades ago.

In particular, the penetration of Brazilian fire ants into the United States in the middle of the last century led to the fact that several species of snails disappeared from the face of the Earth, and the number of other species of invertebrates and even mammals has significantly decreased. In turn, the African fungus Batrachochytrium dendrobatidis, which penetrated Europe, America and Asia, has destroyed 90 amphibian species over the past two decades.

The future of Earth’s ecosystems

Blackburn and his colleagues made the first detailed prediction of how the number of invasive species and their distribution on Earth will change. In doing so, they relied on data that ecologists have collected over the past decades, and mathematical models that take into account the size of populations of potential invasive species, the intensity of world trade, habitat conditions and other ecological parameters.

Having tested the work of this technique on data collected over the second half of the last century and the beginning of the 21st century, scientists calculated how the situation will change in the next three decades. It turned out that the number of invasive species will continue to grow rapidly globally and regionally and will grow by 36% on average.

This growth will affect different continents differently, which is associated with their climatic conditions and involvement in world trade. For example, in Australia, invasive species will not increase much, while in Europe their number will grow by 64% (2.5 thousand new species).

A similarly high increase will affect those Asian countries that are located in the temperate climatic zone, as well as the states of North America. The model predicts that the number of species of some invasive animals there, including insects, will double over the next three decades. In the second half of the century, if humanity does not fight this phenomenon, the migration rate of invasive species of animals and plants will become even higher.

Therefore, scientists are urging officials and diplomats to develop new international trade rules that would take into account invasive species and help slow their spread.