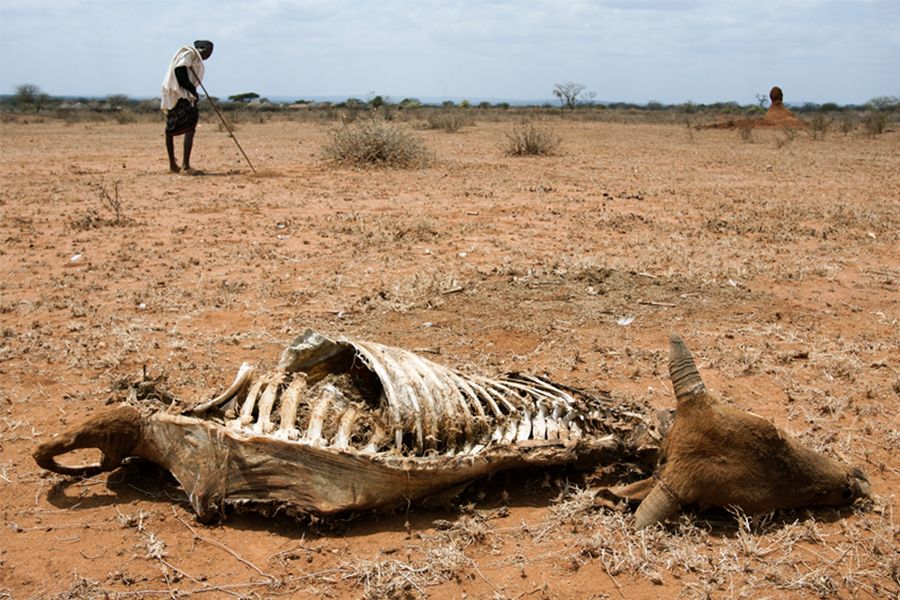 Scientists have built a simple model, based on ways of consuming energy. She showed three scenarios, two of which predicted a mass extinction of the population.

A team of astrophysicists, led by Adam Frank, a popular science popularizer, using dynamic systems, built a model for the development of exocivilization.

The model of a dynamic system is a set of elements for which a functional relationship between time and position in the phase space of each element is given. It is necessary to describe the evolution of systems in time.

In the model of astrophysicists, civilization used resources for evolution and expansion. The more resources are extracted from the bowels of the planet, the wider the population becomes, but at the same time the surrounding conditions are proportionally deteriorating. As a result, the environment should go beyond that threshold, when population growth will become unstable and will be threatened with extinction. Therefore, scientists added a switch between the two kinds of resources. So, the first generates more energy, but significantly worsens the ecology, while the latter is incomparably inferior to the former in the production of energy, but does not harm the conditions of life in any way. The researchers studied the three most likely scenarios of development. 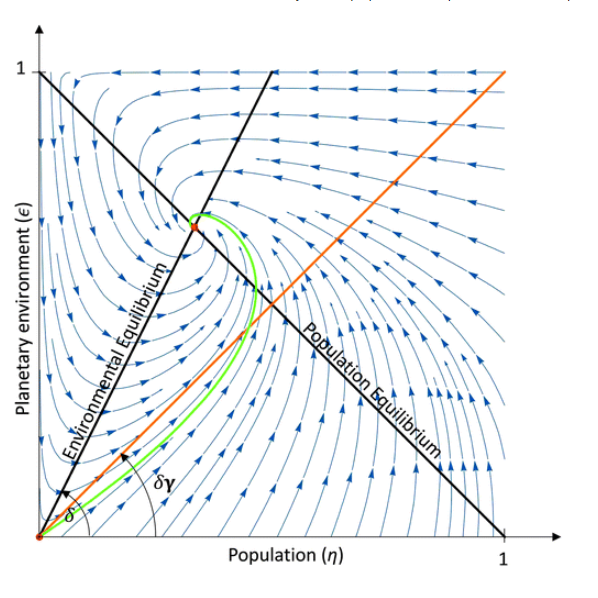 An example of a model; green marked the line of consensual development

The first they called “Withering away.” In it, civilization developed rapidly, using powerful resources, until it reached the peak of the population for the planet. Then began a sharp decline in the population, which ended only with the arrival of balance, when the planet was able to provide all the remaining residents. During this process, 70 percent of the planet’s inhabitants died. According to Frank, there is no obvious answer to the question whether human civilization will survive such a catastrophe.

The second scenario is called “Soft landing”. Exocivilization moved along the first path, but before the critical point a smooth transition to the second type of resources began, which saved a large part of the population and preserved a healthy ecology.

The last scenario was called “Full-scale collapse”. The planetary conditions deteriorated so rapidly that the transition could no longer prevent complete extinction.

Adam Frank noted that the choice of a weak fuel source did not always save civilization from extinction – in some scenarios it only delayed the inevitable. According to him, these models help to imagine what the future holds for humanity.