Scientists presented the first atheist psyche research in the Vatican 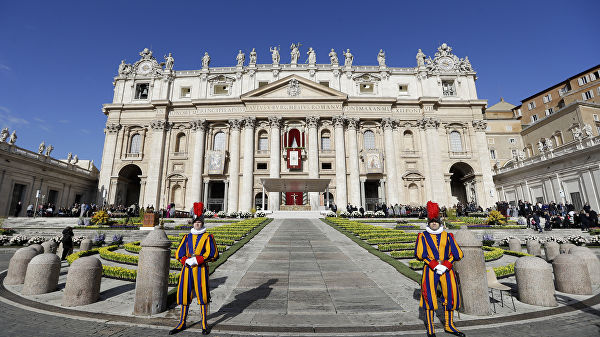 Leading religious scholars, sociologists and psychologists of the world for the first time studied in detail the psyche of atheists and other unbelievers and dispelled some stereotypes about “godless”. They told about this at the meeting of the Pontifical Council for Culture in the Vatican, and the full version of their report was published on the website of the University of Kent.

“Our observations directly contradict conventional clichés. For example, people believe that atheists have no objective morality and purpose in life, but at the same time they are very arrogant and have a completely different set of values ​​compared to believers. All these stereotypes turned out to be false.” tells Jonathan Lanman from the University of Queens in Belfast (United Kingdom).

Anthropologists, sociologists and psychologists have long been studying various factors that influence a person’s tendency to believe in supernatural forces and creatures. So, in April 2012, scientists showed that people with an analytical mindset are less likely to believe in supernatural forces and phenomena than those who rely on intuition to solve problems.

Today, many researchers agree that religion could have arisen and entrenched in groups of our ancestors for simple evolutionary reasons — belief in gods and the fact that they could punish the guilty, helped maintain order in groups and strengthened ties between members of their groups. It helped such religious groups survive and continue their kin.

For the same reason, an instinctive distrust of unbelievers could have been developed in these groups, since the absence of fear in the face of God or gods allowed such individuals to act immorally and profit at the expense of believing members of a tribe or family. Similarly, many Western critics of atheism think today that the lack of faith undermines the moral fabric of society and leads to its dissolution.

Lanman and his colleagues tested all these stereotypes as part of the Understanding Unbelief project, launched several years ago by several leading British universities and the American John Templeton Foundation, which has traditionally supported controversial research on the verge of science and religion.

Within its framework, leading sociologists, religious scholars, psychologists and anthropologists of the world tried to understand what unites and divides various groups of non-believers and how they differ from representatives of different faiths. In addition, scientists were interested in how atheists, agnostics and other “atheists”, as well as believers, relate to astrology, pseudoscience, life after death and other metaphysical phenomena.

These observations were conducted not only in Britain, but also in other countries where traditional Christian religious views are historically widespread or emphasized, for example, in the USA and Brazil, as well as various pagan, agnostic and atheistic scientists, including in Japan, China and Denmark.

As these polls have shown, generally accepted ideas about the behavior and psyche of the “atheists” had little in common with the real bearers of such beliefs. For example, most unbelievers in all six countries did not call themselves atheists or agnostics and simply said that there was no religion in their lives.

Interestingly, many of them at the same time considered themselves Christians, Muslims, Jews, or Buddhists, associating themselves with the norms and traditions of the religious communities to which they previously belonged or where they grew up. In addition, the absence of religion in their lives did not prevent many atheists and agnostics from believing in aliens, afterlife, astrology, Bigfoot and other supernatural phenomena.

At the same time, many unbelievers turned out to be less confident in their ideas about the absence of a single god or many deities than the representatives of the dominant faith in their country or all believers in general.

As Lanman points out, this characteristic did not depend on the absence or presence of faith among the respondents, but on their nationality. For example, American atheists and believers were equally strongly convinced that they were right and more actively defended their convictions than residents of Japan or Denmark.

Similarly, the proportion of atheists who are convinced that there is no point in the existence of the Universe and in their own life was quite low and did not differ much from the general prevalence of such ideas among all the inhabitants of their country.

Moreover, a typical set of higher personal and social values ​​turned out to be about the same for believers and non-believers. In the first place, all of them were “family” or “freedom”, and then followed such concepts as friendship, nature, empathy, positive thinking or equality.

“We live in a special historical epoch, when all political and social opinions begin to rapidly polarize. Therefore, it was extremely interesting and joyful for us to know that one of the biggest psychological chasms in human life turned out to be not as wide as we thought before “- concludes Lanmen.