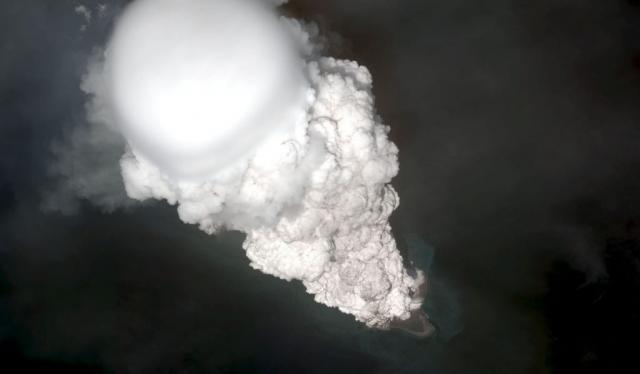 Scientists were able to record for the first time on video the sounds that arise during volcanic lightning. The object of the study was the Bogoslovsky Volcano, part of the Aleutian Islands group, Alaska. Scientists with the help of microphones installed for several kilometers recorded the sounds released during the eruption of the volcano from December 2016 to August 2017.

Analyzing the records, the specialists identified several unusual crackles in the recording during the eruption on March 8 and June 10, 2017. According to scientists, these were the sounds of volcanic thunder.

Eyewitnesses reported earlier that they heard thunder during lightning during volcanic eruptions. However, until now, these sounds could not be recorded on audio, as they were mixed with the sounds of explosions and the roar of the volcano itself.

Scientists have installed on the nearby island of microphones and seismic sensors. Volcano Bogoslovsky began to erupt in December 2016. Over 9 months, more than 60 eruptions occurred. During several such eruptions a huge column of ash rose to a height of more than 6 km.

March 8 and June 10, 2017 were the most favorable conditions for recording the sounds of volcanic thunder: up rose a large amount of ash, which hung in the air for several hours after the eruption was completed. The sensors recorded lightning in the ash column a few minutes after the eruption ceased. Comparing the time of recording the lightning with the location of the sensors, scientists linked the sounds with flashes.