Scientists reproduced the analog of the Big Bang 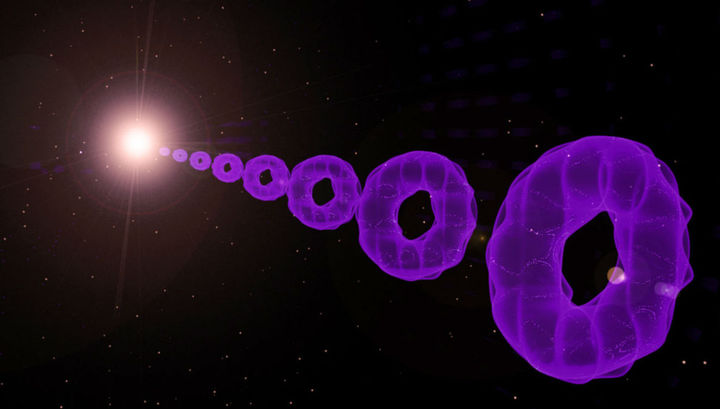 The experimenters reproduced in the laboratory the analog of the Big Bang. To do this, they used an exotic quantum state of matter, known as the Bose-Einstein condensate (KBE). The achievement is described in a scientific article published in the journal Physical Review X by a group led by Gretchen Campbell of the University of Maryland in the United States.

“Vesti.Nauka” (nauka.vesti.ru) detailed about the nature of the KBE. This state can be obtained by cooling the substance to temperatures, to insignificant fractions of a degree different from absolute zero (-273 ° C). Usually it is used to study quantum physics. However, sometimes scientists apply CGE as a model of global astrophysical processes.

This time they were interested in the earliest stage of the life of the universe, known as the era of inflation. It is believed that then in 10-35 seconds the space volume has increased at least 1030 times. The beginning of this process is considered in modern cosmology a big explosion.

“Our knowledge of this expansion is limited to what we can find out by observing [for the modern cosmos], since it is a bit difficult to create the universe in the laboratory, for obvious reasons,” Campbell quotes Space.com as saying. “One of the potential laboratory models of the universe is an expanding CGE, an exotic state of ultracold matter, where the wave functions of atoms overlap, and the atoms behave as one. ”

Physicists cooled several hundred thousand atoms of sodium-23 to ultra-low temperature, due to which they passed into the state of KBE. Then, in several series of experiments, this cloud expanded with supersonic speed. For example, in just a millisecond, its volume increased fourfold. This, of course, is far from the rate of cosmological inflation, but scientists have reason to believe that these processes are similar.

According to cosmologists, as the expansion of the universe slowed down from the field energy that generated inflation, particles were born. Similar to this process, as the expansion of the cloud of KBE slowed down, various structures were created in it, including vortices and singular single waves, the so-called solitons. In the interaction of newborn particles in the young universe, the energy stored in them was released, which led to the heating of the substance (the temperature rose to enormous values). Approximately the same was observed in the interaction of structures in the KBE.

“In fact, I was surprised at how much our theoretical calculations correspond to what we saw in the laboratory, and how well it all turned out,” – admits Campbell.

In the future, the authors plan to study in greater detail the complex interactions in the cloud of OCEs in search of new effects, the cosmological analogues of which can later appear in astronomical observations.

“The best part is that thanks to these results, we now know how to design future experiments to get the various effects that we hope to see,” says Campbell.