Scientists “resurrected” one of the oldest human ancestors 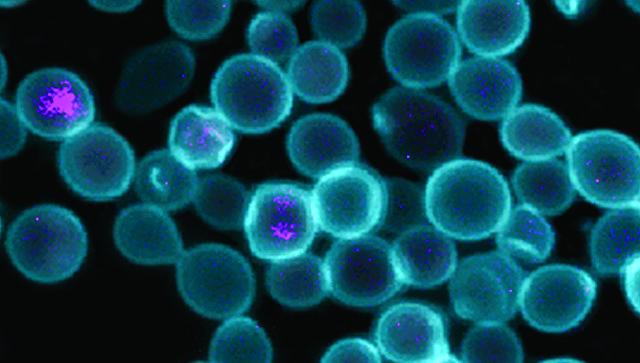 Biologists from China and the United States have created a synthetic bacterium, similar in its properties to the ancestors of mitochondria – the main “power stations” in human cells, other animals, as well as fungi and plants. The results of experiments with them were presented in the journal PNAS.

“These artificial organisms will allow us to test two key theories describing the evolution of life – the transition from the RNA world to the DNA world, and how the ancestors of multicellular animals appeared. They allow us to look for answers to those evolutionary questions that in the past were considered intractable, “said Peter Schultz of the Scripps Institute in La Jolla (USA).

According to modern concepts, eukaryotes – complex cells with a detached nucleus and a full “set” of other organelles – appeared as a result of their ancestors’ assimilation “of various bacteria and archaea. A characteristic example of this process is the mitochondria – cellular “energy stations”, synthesizing the main “energy currency” of cells – the ATP molecule.

They are separated from the rest of the cell by a double membrane, similar to the membrane of the bacteria, and also have their own DNA and protein synthesis system. The organs of photosynthesis of plants and algae – chloroplasts – have a similar nature. The “taming” of mitochondria, as biologists believe today, was a key step in the evolution of our unicellular ancestors.

Since mitochondria play a crucial role in the life of cells and humans, and all other eukaryotes, many scientists today believe that this “taming” occurred at the very first stages of the evolution of multicellular living beings, even before the ancestors of protozoa, animals, fungi and plants.

Schultz and his colleagues created the first “tool” that allows you to check whether this is the case and understand how bacteria could penetrate and survive inside the cells of our oldest ancestors. To do this, they radically processed the DNA of ordinary Escherichia coli, inserting the ATP synthesis genes into it and throwing out all the “excess”, and also making the bacterium dependent on the intake of certain nutrients from the host cell.

In particular, this synthetic “mitochondria” could not independently produce vitamin B1, which is critical for the survival and reproduction of microbes, and also a number of other critically important genes were missing from its genome.

In addition, its envelope was modified in such a way that such bacteria became invisible to the innate immune system of the “owners”, but at the same time unable to live independently in the external environment.

Scientists inserted these “intestinal bacilli” into yeast cells that had undergone similar changes — their mitochondria were irreversibly damaged, which effectively deprived them of ATP inflow and condemned to stagnation or death. Accordingly, the way out of this situation, if the theory of the “taming” of mitochondria is correct, should be their new “cohabitants”.

As it turned out, this was indeed the case – the appearance of microbes inside the yeast cells revived them and allowed them to begin the breeding cycle, carrying together a part of the new “mitochondria”. In general, scientists have not found any problems with the work of their synthetic “ATP factories” for more than 40 divisions of yeast, which indicates the viability of this approach in studying the evolution of life.

In the near future, genetics plan to even more “clear” the genome of Escherichia coli, gradually bringing it closer to real mitochondria. New experiments, as Schulz and his colleagues hope, will help us to understand when and how our ancestors learned this symbiosis.