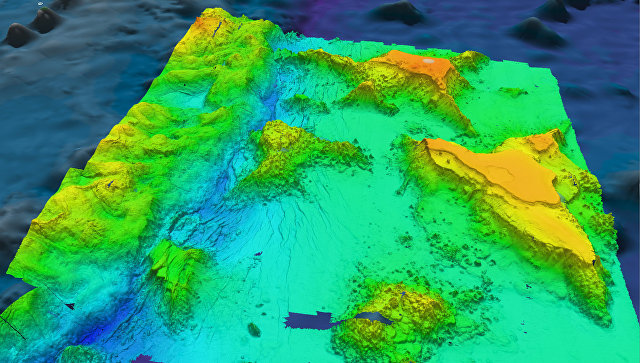 The study of the structure of the bottom of the Mariana Trench helped geologists to calculate the approximate amount of water in the bowels of the Earth and to find out that it is about three times more than previously thought. Their findings were presented in the journal Nature.

“We have long argued about how much water falls into the Earth’s mantle along with the“ sinking ”sea crust, and whether its share changes in different subduction zones depending on how the rocks“ dive ”into the bowels of the planet. the trough allowed us to look so deep into these faults as no one had done before, “said Doug Wiens of the University of Washington in St. Louis (USA).

The Mariana Trench, located a few dozen kilometers east of the Mariana Islands and the Guam Archipelago, is the deepest place on Earth – its depth in the lowest part, in the so-called Challenger Trench, is just over 11 kilometers.

Over the past 50 years, only four attempts were made to reach its bottom – in 1960, the doorman Jacques Piccard and the American Don Walsh plunged into the Mariana Trench, in 1996 the Japanese bathyscaphe Kaiko, in 2009 his American “colleague” Nerah. In 2012, director James Cameron sank into the Challenger Hollow in the Deepsea Challenger.

In addition to various descent vehicles, scientists are actively exploring the Mariana Trench with the help of seismographs installed on the ocean floor in its vicinity, as well as on neighboring islands. Vince and his colleagues received the first detailed geological map of this fault, combining data from similar observations over the past year.

The nature of the spread of seismic vibrations through the strata of rocks, as geologists explain, depends on the shape of these layers, the nature of the interactions between them, and the direction in which they are oriented. This allows you to reveal their structure, the direction of flow of rocks and even know their chemical composition, watching how quickly and how the “echo” of earthquakes passes through such zones.

The Mariana Trench, in turn, is a so-called subduction zone – a section of the lithosphere, where one layer of the sea crust “dives” under another plate, advancing on it. Scientists have long been interested in the further fate of its matter – how much of it falls into the deep layers of the Earth’s mantle, and which part of it almost immediately comes back in the form of volcanic eruptions and magma effusions in the mid-ocean ridges and in the so-called island arcs.

As it turned out, the reservoir of the “sinking” crust under the Mariana Trench almost completely went into the deep layers of the Earth’s mantle, retaining its structure even at depths of 50-60 kilometers. This, in turn, means that much more sea rocks rich in water and its compounds enter the bowels of the planet than previously thought.

Scientists estimate that the Mariana Trench “pumped” over 79 million tons of water into the deeper layers of the Earth’s mantle over the last million years, which is about 3-4 times higher than previous estimates, calculated from observations of less deep and large troughs.

If this is indeed the case, then water and the sedimentary rocks associated with it should play a noticeably more significant role in the “circulation” of rocks in the bowels of the Earth than scientists now believe. According to Vince, subsequent discoveries of this kind will force geologists to rework all theories that describe the process of the exchange of rocks between the mantle and the crust of the planet.